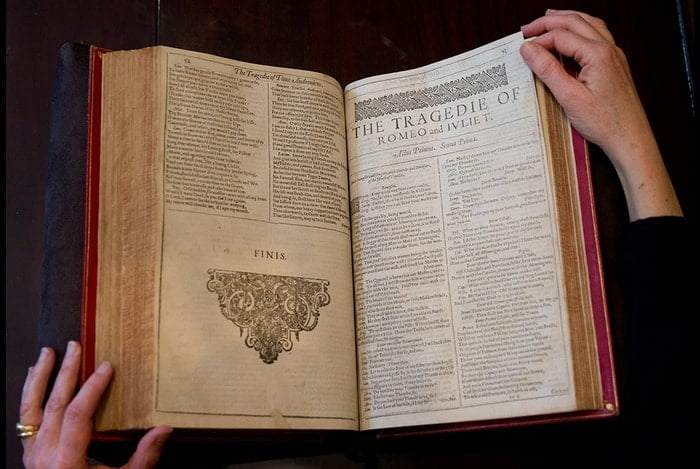 A private US collector bought the book as well as three subsequent Shakespeare collected works from 1632, 1664 and 1685 for a total of £2.48 million.

“The universality and timelessness of Shakespeare’s insight into human nature continues to engage and enthrall audiences the world over,” Margaret Ford, international head of books and manuscripts for Christie’s, said in a statement.

Ford said earlier: “It is deeply moving to handle the first printed record of his collected plays and to be reminded of their tremendous impact.”

The book, known as a First Folio, was published just seven years after Shakespeare’s death.

Around 750 copies are believed to have been printed and only around 200 known editions remain.

The anthology contains 36 plays including 18 that were published for the first time — such as “Macbeth” and “Julius Caesar” — and would probably have been lost without the First Folio.

Britain in April celebrated the anniversary of Shakespeare’s death 400 years ago with a series of events in his hometown of Stratford-upon-Avon in central England.

The University of Oxford confirmed last month that a new First Folio found at the Mount Stuart stately home on the Scottish island of Bute was authentic.

The Influence of Miles Davis Revealed with Data Visualization: For His 90th Birthday – @Open Culture
0 (0)