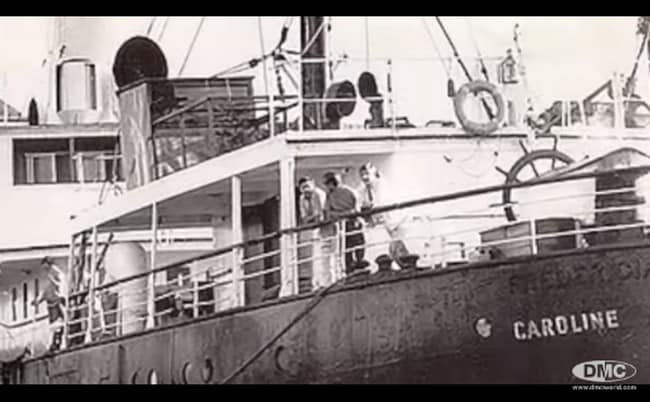 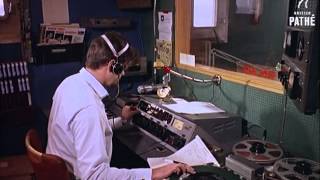 Nowadays musicians can reach hundreds, thousands, sometimes millions of listeners with a few, usually free, online services and a minimal grasp of technology. That’s not to say there aren’t still economic barriers aplenty for the struggling artist, but true independence is not an impossible prospect.

In the 1950s and 60s, on the other hand, as popular music attained newfound commercial value, musicians found themselves completely beholden to record companies and radio stations in order to have their music heard by nearly anyone. And those entities schemed together to promote certain recordings and ignore or marginalize others. Payola, in a word, ruled the day.

In the UK, a different but no less impregnable order presented itself to the aspiring obscurity. Rather than corporate interests and well-bribed DJs, the BBC and British government, writes the Modesto Radio Museum, “were increasingly hostile toward any competition for their radio monopoly.” (After WWII, the British Broadcasting Service maintained a monopoly on radio, and later television, broadcasting in the UK.) Enter the pirates.

While the phrase now denotes a class of freebooters who work from their terminals, the original music pirates actually took to the seas. The first, Radio Mercur, “established by a group of Danish businessmen” in 1958, “transmitted from a small ship anchored off Copenhagen, Denmark.” Mercur inspired Radio Nord in 1960, anchored off the Swedish Coast, then the Dutch Radio Veronica that same year.

Then, in 1962, Irish manager Ronan O’Rahilly met Australian businessman Allan Crawford. O’Rahilly had previously attempted to launch the career of musician Georgie Fame, but to no avail. Record companies wouldn’t record him, and when O’Rahilly funded an album, the BBC refused to play it—he wasn’t on their favored labels, EMI and Decca. So O’Rahilly and Crawford conspired to create their own pirate station, Radio Caroline (named after the daughter of John F. Kennedy). 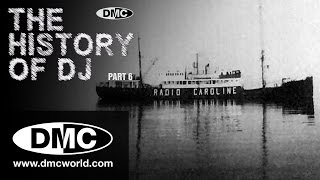 They purchased their first ship, the MV Mi Amigo, in 1963, then set about securing funds and rigging up the vessel with two 10 Kilowatt AM transmitters and a 13-ton, 165 foot antenna mast. Broadcasting from 6am to 6pm daily, Radio Caroline managed to break the BBC monopoly (and launch Georgie Fame to… well actual, chart-topping fame). In 1965, a British Pathé film crew visited the ship, and shot the footage at the top of the post, noting in their narration that “for over a year,” Radio Caroline had “given pop music to something like 20 million listeners,” changing British pop culture “with the connivance of almost every teenager in Southeast England.” 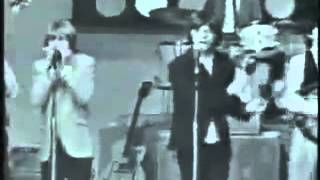 The station kicked off their first broadcast, which you can hear above, on Easter Sunday, March 1964, with the announcement, “This is Radio Caroline on 199, your all day music station.” The very first tune they played was the Rolling Stones’ cover of Buddy Holly’s “Not Fade Away” (one of the band’s first major hits). In the mid-60s pirate radio, particularly Radio Caroline, helped break a number of bands, introducing eager young listeners to The Who’s first four singles, for example. (The band returned the favor by attempting to give 1967’s The Who Sell Out the raw sound and feel of a pirate radio broadcast.)

Learn more about Radio Caroline’s long and storied existence in the documentary segment further up, Part 6 of DMC World’s comprehensive The History of DJ. TheModesto Radio Museum’s thorough, multipart essay series, complete with photographs, offers a rich history, as does Ray Clark’s book, Radio Caroline: The True Story of the Boat that Rocked. “The world’s most famous offshore radio station,” is still on the air today (even though the original ship sank in 1980) or rather, on the web, with streaming programs and “gadgets and widgets” for Android devices, iPhones, iPads, and browsers.

It’s something of an irony that they’ve ended up just one of hundreds of online streaming stations vying for listeners’ attention, but it’s safe to say that without their exploits in the 60s and beyond, pop music as we know it—with all its legal and not-so-legal means of dissemination—may never have spread and evolved into the myriad forms we now take for granted.

The post: Radio Caroline, the Pirate Radio Ship That Rocked the British Music World (1965), was published at: Open Culture