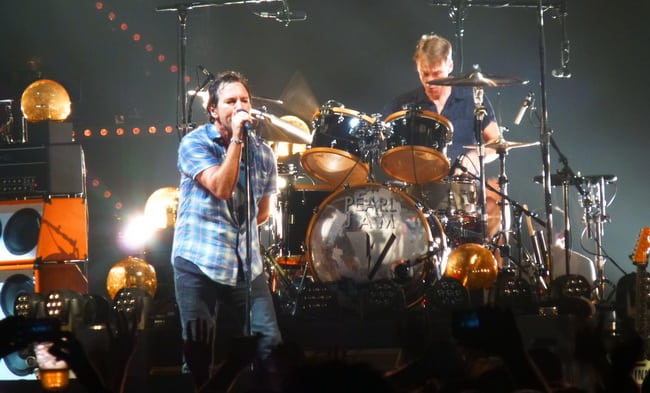 Joey Siler has received a lot of love for his Cooking Hostile series, which reimagined Pantera‘s Philip Anselmo as a TV chef, parodying some of his musical work with food puns. But as time has gone on, Siler expanded his Cooking Hostile universe to include more musicians and his latest offering completely breaks free from the premise. He’s parodied Pearl Jam‘s “Jeremy,” giving it a cat-centric vibe.

This Purrl Jam parody starts, “At home / Clawing your chairs / And table tops / Don’t tell me / Stop / I will not listen / Claws / Sharpened and clean / Spend the day / Looking out this window.” Later on, the chorus cleverly segues into “Neutered housebroken / Proud to say” in Siler’s best Eddie Vedder voice.

It’s a fun video that also delivers a post-credits parody of Temple of the Dog‘s “Hunger Strike” that you’ll want to stick around for. Watch it all play out in the video above.

The post: Pearl Jam’s ‘Jeremy’ Gets Cat-Centric Parody From Joey Siler of ‘Cooking Hostile’, was published at: Loudwire