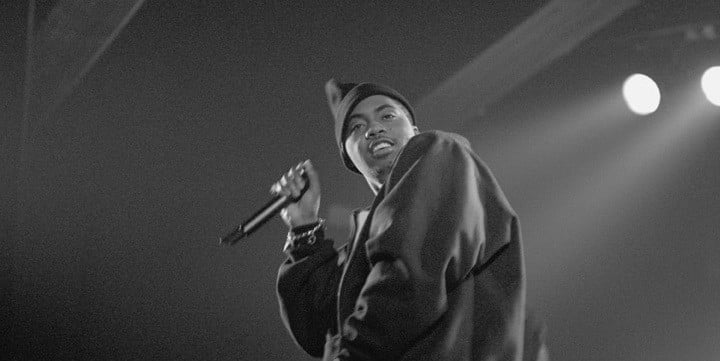 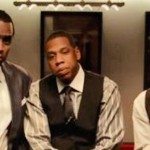 Last month, Puff Daddy joined Hot 97’s Ebro In The Morning show to announce that he was reuniting his Bad Boy Entertainment family to celebrate 20 years of the iconic label that dominated music in the mid to late 90s. At the time, the media mogul revealed that, in addition to the vast majority of artists who graced the roster over the last 2 decades, several friends and family would be joining the festivities, including Jay Z, Lil Kim and Mary J. Blige. He noted that he did not need to tease surprise guests, since the concert was going to sell out in minutes, anyway. In true Diddy fashion, he spoke of the “history” that would be made on May 20, the day before The Notorious B.I.G.’s birthday, at Brooklyn’s Barclays Center, just 19 blocks away from where Biggie grew up. Last night (May 20), the event took place and not only did Sean Combs keep his word, he over-delivered with a star-studded, epic affair. 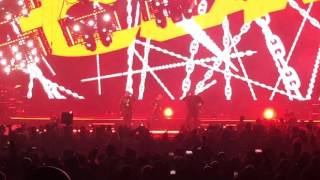 Although the show started nearly 2 hours after its billed time of 8pm, it was more than worth the wait. From the minute Puff hit the stage, opening with “Victory” from his Puff Daddy & The Family No Way Out album, there was not a single second where anyone in the room sat, during a more than 3-hour extravaganza. A who’s who of Bad Boy artists, past and present, performed, each getting ample time in what played like a non-stop, live mixtape. Ma$e, The LOX, Faith Evans, 112, Carl Thomas, Black Rob, Mario Winans, Total, French Montana and Cassie all raced through the vast catalog of the label’s hits, including remixes. Even though he was not there physically, the spirit of The Notorious B.I.G. loomed large the entire night, with his voice being the first one heard on “Victory” and a moving tribute to his legacy closing the show, with the entire Bad Boy family performing “I’ll Be Missing You.” The one and only glaring absence was Craig Mack, who was nowhere to be found. Not only did the artists sound good, each looked great, in tip-top shape and seemingly, outpacing Father Time. 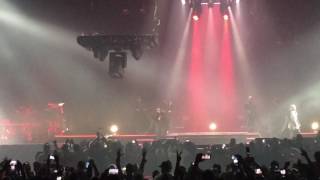 As with any family, there is immediate family and then there are extended and honorary members. Puffy’s beginnings at Uptown Records, where he helped launched the careers of Mary J. Blige, Jodeci, Heavy D and more, as well as his work as a producer for countless artists, make his greater family extensive, and many came out to support. As promised, Kim, Mary and Jay showed, each performing special requests from Diddy, and, contrary to Diddy’s statement that there would be no surprises, Nas, Busta Rhymes, Usher, Lil Cease and Rick Ross also crashed the party. 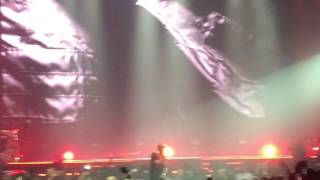 Although the night was a celebration, Combs also acknowledged the trials and tribulations that come with family. He spoke about growing apart and coming back together, and explicitly addressed dark moments in his history, from the end of his relationship with Jennifer Lopez, to his being implicated in a shootout in a NYC club, to the murder of his artist and friend, The Notorious B.I.G. Combs tackled these matters head on with a deeply personal rap that was accompanied by powerful visuals of the incidents he described. He also brought out his biological family, proudly parading is first son, Justin, around the stage. 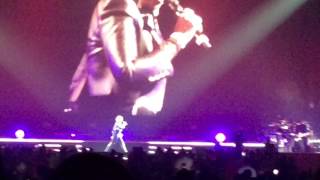 For anyone who lived through the Bad Boy era in the 90s, or who is appreciative of the impact it had on Hip-Hop culture, generally, the night lived up to its billing of being history, as it was the first time in 20 years that the expansive Bad Boy family was on stage together.