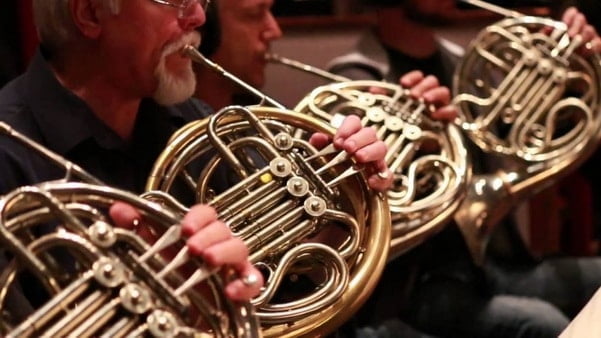 He’s come a long way since “Seventeen.” Once lumped in with the late ’80s hair metal acts, Kip Winger is still making music, but these days he’s expanded his scope to working in a different genre. Winger has announced plans to release Conversations With Nijinsky, Ghosts, A Parting Grace — a four-movement classical music tribute to the artistry of dancer and choreographer Vaslav Nijinsky.

“Conversations” is the centerpiece of Winger’s debut album as a classical composer, as he worked closely with the San Francisco Ballet Orchestra and conductor Martin West in bringing his musical vision to life. The disc was recorded at Skywalker Sound with the assistance of Grammy-winning recording engineer Leslie Ann Jones.

The album also features a recording of Winger’s ballet, Ghosts, which has been performed all over the world by the San Francisco Ballet Orchestra and is now making its way to CD after a nine-year period.

“Martin’s been conducting Ghosts with the San Francisco Ballet for about five years and they actually performed it all over the world, so in getting to know Martin, we discussed making an album and actually got it done,” says Winger in the teaser video above. “We recorded ‘Conversations With Nijinsky,’ ‘Ghosts’ and a new piece that I wrote this last month.”

Dame Tamara Nijinsky says of Winger’s work,  ”Kip Winger has captured my father’s heart and soul. Many have been inspired by Nijinsky in words and dance, but no one, until now, in music. Nijinsky was inspired by the music he heard. And now, Kip Winger, reminds us of Nijinsky’s genius with his work.”

The album is set to arrive on May 27, but you can pre-order the disc and receive the instant grat track “So Long China” from Winger’s Better Days Comin’ performed acoustically. Winger is also signing copies of his pre-ordered classical release. For ordering details, click here and check the video above for more of an idea of the music on the disc.