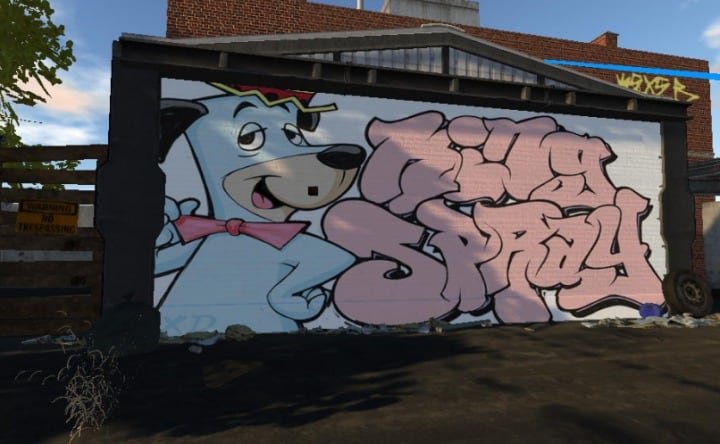 If This Graffiti Simulator Were Any Realer, It Would Be Illegal (Video) – @AFH Ambrosia for Heads
0 (0) 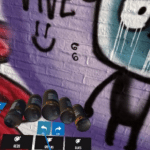 Virtual reality as a concept has been around for generations, but it has recently been making headlines for its very practical, consumer-product based applications. The old-school children’s toy View-Master is getting a VR update, music videos like Run the Jewels’ “Crown” are incorporating the technology, and even treatment for sex offenders has turned to virtual reality for innovation. For some, the thought of introducing virtual reality into daily life flirts far too dangerously with our ability live in the “real world,” while for others the thought of merging the tangible and the immaterial is exciting. While it’s true that the increased presence of technology can certainly be benign in some forms – wearing VR headsets that make you feel like you’re sitting court side likely won’t bring on the end of the world – there are times when the implications could be much more dire. For instance, the trucking industry as we know it could soon undergo some major changes if robotic and other computerized forms of technology are introduced. But somewhere in between those two extremes lies a place in which virtual reality can not only replicate but also cultivate creativity and artistic talents, and a new development in the world of graffiti is such an example.

The Kingspray Graffiti Simulator is a new computer app which allows users to spray paint walls and other urban landscapes without ever stepping foot outside. Sure, a lot of the rush in tagging is the illegality of the act and the potential of being apprehended, but that reality doesn’t take away from the sheer magic of Kingspray’s technology. In it, users can virtually transform urban canvases into vibrant works of art by selecting colors and kinds of paint, as well as using various techniques like blending and shading. Users can even put on any of a wide selection of soundtracks to play while painting. Prefer painting under the blanket of night? The app even allows for the time of day to be changed, and a handy flashlight capability makes for a pretty remarkable simulation of nighttime antics. Artwork can then be uploaded to a library and saved for use elsewhere, allowing virtual-reality graf artists to share their works online. According to its website, the developers of the community hope to award prizes and host competitions in the future, giving this nascent program some serious potential for the future, particularly for those who live in places where graffiti isn’t prevalent, or even for those who are disabled who would like to pursue it as a hobby. 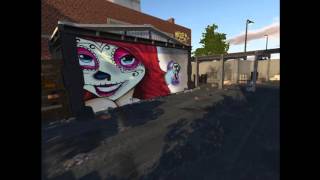 Already available as a fully functioning 2D program, the Kingspray Graffiti Simulator is now available in 3D form, effectively opening up its use by anyone with a corresponding virtual reality headset.

O artigo: If This Graffiti Simulator Were Any Realer, It Would Be Illegal (Video), foi publicado em: AFH Ambrosia for Heads

The post: If This Graffiti Simulator Were Any Realer, It Would Be Illegal (Video), was published at: AFH Ambrosia for Heads

No Thoughts on If This Graffiti Simulator Were Any Realer, It Would Be Illegal (Video) – @AFH Ambrosia for Heads
0 (0)