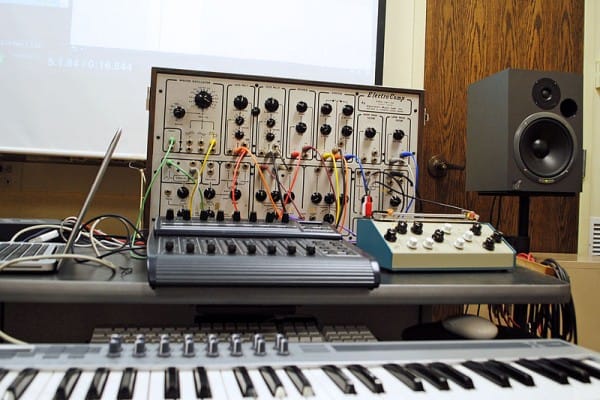 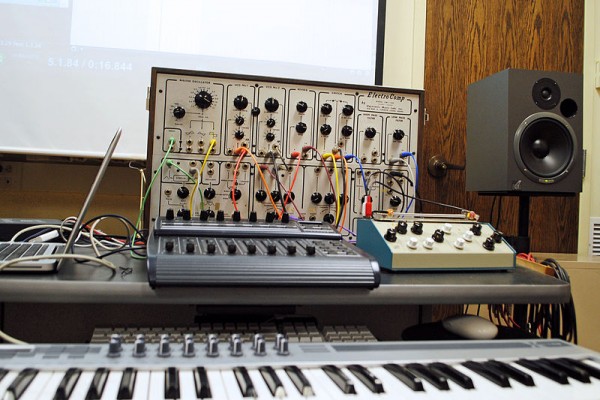 Image by Emily, via Wikimedia Commons

If you’ve taken any introductory course or even read any introductory books on music, you’ll almost certainly have heard it described as “organized sound.” Fair enough, but then what do you call disorganized sound? Why, noise of course. And all this makes perfect sense until your first encounter with the seemingly paradoxical but robust and ever-expanding tradition of noise music.

“Modern ‘noise music’ finds its roots in early electronic and industrial musics,” says Static Signals, which used to review a lot of the stuff. “Where composers began expanding their vocabulary of sound and instrumentation is where the concept of ‘noise’ begins: what sounds can produce music and which are purely static or noise? For some, music’s outer boundary is defined by western European classical instruments designed hundreds of years ago and the sounds, pitches, rhythms they can (classically) produce. For others, no sound, rhythm, tone, or pitch is off limits; music can be made by anything that can vibrate air.”

The development of electronic musical instruments — and indeed, any kind of sound-manipulating electronic device — came as a great boon to this exploration of the borderlands between organized and disorganized sound. You can hear the effects of that sort of technology and much else besides in An Anthology of Noise and Electronic Music, a seven-part anthology released by formidable Belgian experimental music label Sub Rosa, all of it available on Spotify (whose software you can download here if you need it). The first two volumes are embedded above; all seven volumes can be streamed via the links below. If you dig the collection, we’d encourage you to purchase your own copy and support Sub Rosa’s project.

To the noise music-uninitiated — and probably even to a few of the initiated — some of the tracks here will sound like music, and some certainly won’t. But most of them fall fascinatingly in-between the two states, ideally expanding the listener’s conception of the sonic territory music can explore. Some musical experiments, just like scientific experiments, point in more fruitful directions than others, but each one sheds a little new light on the musical enterprise itself. And “the noise,” to take the words straight from Sub Rosa themselves, “goes on…”