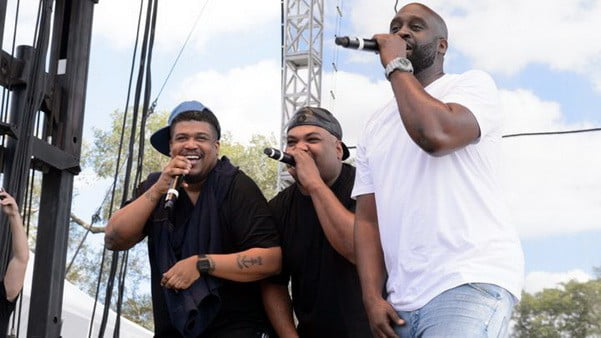 De La Soul released new track “Trainwreck” from their surprise EP, For Your Pain and Suffering. The four-song set was released to tide fans over while the group readies its crowdfunded full-length album, And the Anonymous Nobody. The LP will be their first since 2004’s The Grind Date.

“Trainwreck” is a funky, feel-good track that opens with spoken word and a chorus that warns: “Don’t turn your back when she’s on that track/ Watch out for that trainwreck/ ‘Cause when she come you better watch your back.”

“We couldn’t do that on a regular label,” De La Soul’s Kelvin “Posdnous” Mercer told Rolling Stone in an interview from February. “How you gonna present them with a song like this? They may think it’s beautiful but then it’s like, ‘Okay, so, there’s no chorus. For maybe the first three minutes of the record, you’re nowhere to be found.'”