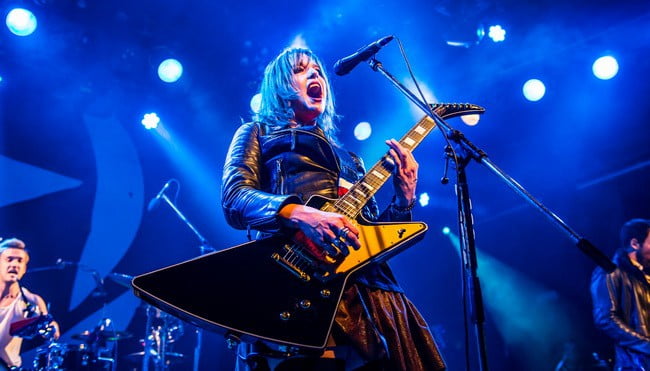 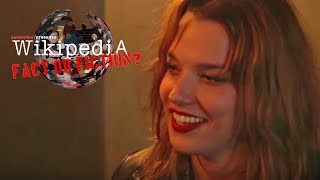 This week’s guest on ‘Wikipedia: Fact or Fiction?’ is Halestorm frontwoman Lzzy Hale!

Halestorm have risen as one of rock’s most successful new bands, making a huge impact with only three full-length albums. Though the Halestorm explosion really happened in the past five years or so, the band has been around for almost 20, as Lzzy and younger brother Arejay first started jamming together as young kids.

We wanted to know what’s true and false about Lzzy and Halestorm on Wikipedia, so we went to the source herself to set the record straight. Lzzy corrected a little fiction about both her and Arejay starting to learn piano at age 5, before we discussed the pair’s father, Roger Hale, acting as Halestorm’s first bass player.

Way back in 1999, Halestorm recorded an EP called Don’t Mess With the Time Man. We didn’t know what the hell that meant, so Lzzy described who the conceptual “Time Man” was and how he haunted her in dreams as a youngster.

Finally, we get into Halestorm being the last band to open for Ronnie James Dio before his untimely death in 2010. Lzzy shares her eternal respect for Ronnie and how knowing she performed at Dio’s last show remains a heavy moment of her past.

Check out the Lzzy Hale episode of ‘Wikipedia: Fact or Fiction?’ above! 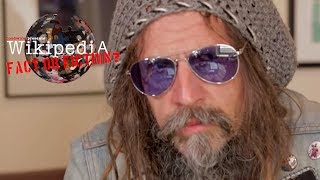 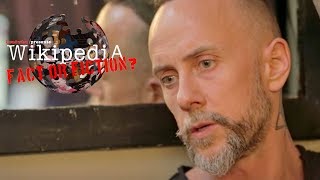