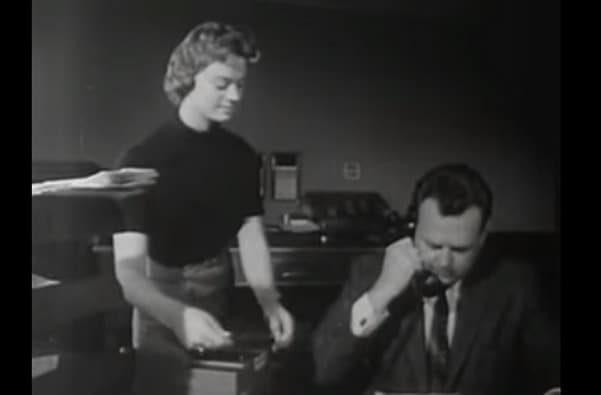 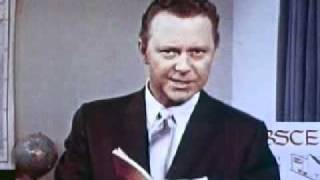 Features, commercials, art pieces, stock footage, home movies, propaganda: the history of cinema so far has produced countless individual forms, all of which also count as documentaries. Watch any kind of film made sufficiently long ago and you look through a window onto the attitudes, aesthetics, and accoutrements of another time.
And if it’s one made long enough ago or of obscure enough ownership to fall into the public domain, you can incorporate that piece of history into your own modern, era-spanning work in any way you like. Now, Prelinger Archives has made that easier than ever by making more than 6600 films free on the Internet Archive to download and use. 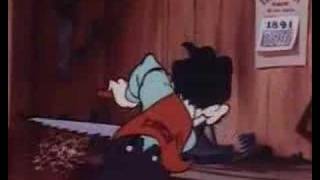 “Prelinger Archives was founded in 1983 by Rick Prelinger in New York City,” says the collection’s about page. “Over the next twenty years, it grew into a collection of over 60,000 ‘ephemeral’ (advertising, educational, industrial, and amateur) films. In 2002, the film collection was acquired by the Library of Congress, Motion Picture, Broadcasting and Recorded Sound Division,” and now holds “approximately 11,000 digitized and videotape titles (all originally derived from film) and a large collection of home movies, amateur and industrial films acquired since 2002.” Its mission? “To collect, preserve, and facilitate access to films of historic significance that haven’t been collected elsewhere.”

And what can you find amid these 6000-odd pieces of ephemera hosted on Archive.org? At first glance, they may really strike you as 6000 odd pieces. We’ve previously featured 1958’s Have I Told You Lately That I Love You?, a UCLA student short Ayun Halliday described as the tale of “a white-collar dad and housewife mom… marooned in their individual existential hells, unable to connect” due to the labor-saving devices of the day. 1965’s equally cautionary (as well as often unintentionally hilarious) Perversion for Profit, offers a stern two–part warning against the “pornography which may appear at the local newsstand, malt shop or drugstore.”

Midcentury moralism manifests in countless entertaining forms across the Prelinger Archives collection, including in Make Mine Freedom, a Cold War cartoon treatment of the various treacherous “-isms” out to undermine truth, justice, and the American Way. That came out in 1948, just as fears started roiling again after the United States’ victory in the Second World War. The year before, the husband-and-wife experimental filmmaking team of Alexander Hammid and Maya Deren completed The Private Life of a Cat. “Using their own cats in their own apartment,” writes Dangerous Minds’ Amber Frost, “they chronicle the interior world of a cat ‘family,’ and it’s just insanely compelling, even outside of the cat-lady milieu!” Further down, we have House in the Middle (1954), which suggests that a clean, tidy house can help you survive an atomic blast.

But you don’t have to watch everything you dig up from the Prelinger Archives collection in an ironic or avant-garde frame of mind. Some pieces, like amateur filmmaker and inventor Tullio Pellegrini’s 1955 Cinemascope homage to the city of San Francisco just above, offer much in the way of pure historical interest. You can find a few more suggestions about where to start from Tim Brookes at MakeUseOf, who highlights even earlier footage of the City by the Bay, perhaps the most generic film ever made, and instructions on what to do on a date as well as what to do in the event of a nuclear attack — all valuable material for those of us remixing history, one ephemeral clip at a time. 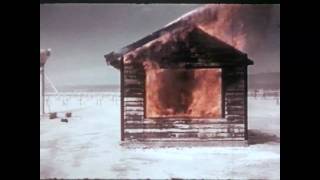 One final thing worth keeping in mind, the Archive comes with this invitation:
You are warmly encouraged to download, use and reproduce these films in whole or in part, in any medium or market throughout the world. You are also warmly encouraged to share, exchange, redistribute, transfer and copy these films, and especially encouraged to do so for free. Any derivative works that you produce using these films are yours to perform, publish, reproduce, sell, or distribute in any way you wish without any limitations.
If you happen to get creative with the films in the Archive, please feel free to share your creations in the comments section below.

O artigo: Download 6600 Free Films from The Prelinger Archives and Use Them However You Like, foi publicado em: Open Culture

‘The Numbers Are All Randomized’: Variations on Pi at Frieze New York – @ARTnews
0 (0)