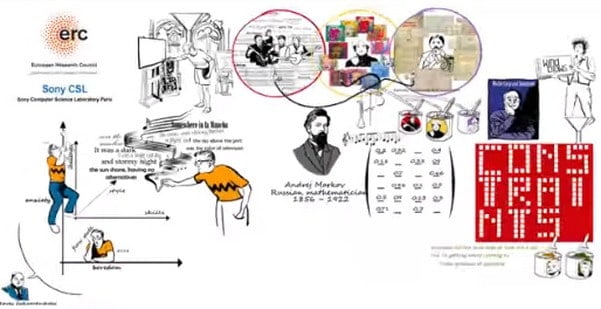 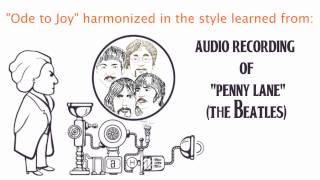 It is the end of term this week and my film production students asked me to name my favorite part of filmmaking. I told them it’s directing, as it’s something I so rarely get to do (compared to writing) yet so involving that an entire day goes by in a flash. Regardless, I always pop out the other side knowing I was at my absolute creative best. I was in the “zone” or as Mihaly Csikszentmihalyi called it in 1990, “the flow state.” And in a wonderful bit of synchronicity, not a little while later, I have been charged with presenting to you this example of artificial intelligence (AI) creativity. It similarly uses this understanding of the flow state to create.
In the above video, the Flow Machine developed by François Pachet at Sony CSL-Paris has been fed Beethoven’s “Ode to Joy”, and then asked to orchestrate “cover versions” following the rules set down by a genre–say bossa nova or electronic chill music–or a song itself, in this case being the Beatles’ “Penny Lane.”
Previous attempts to create random computer music have resulted in exactly that–random notes, drawn from a selection determined by a programmer. But that isn’t how creativity works. When we create, we understand our parameters already, subconsciously, and not only that, we know what we and others have done before, what “pushes the envelope” compared to using a completely wrong element, and what makes our own creativity unique. (If we discover it and emphasize the latter over and over, it’s called style.)
The Flow Machine project aims to understand style and treat it as a computational object through which other information can pass. That’s what we’re seeing in the above video. For a more thorough explanation of Flow Machine, watch this video. 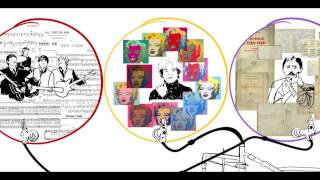 Supposedly, this will help us poor human beings in the end, as it might (it’s never explained how) help us get into our own flow state more readily.
But really, that’s not what I’m thinking about. I’m more imagining a night club sometime in the future where Beatles androids play not just their hits, but the hits of others as if John, Paul, George and Ringo wrote them instead. (Yes, I know that has already been done. By humans.) And your local used record shop will have a lot of LPs full of classical versions of Beatles hits.
It’s an interesting video, but I wouldn’t pack up your guitars yet folks!
via Tech Crunch

The post: Artificial Intelligence Creativity Machine Learns to Play Beethoven in the Style of The Beatles’ “Penny Lane”, was published at: Open Culture

Watch Animated Introductions to 25 Philosophers by The School of Life: From Plato to Kant and Foucault – @Open Culture
0 (0)