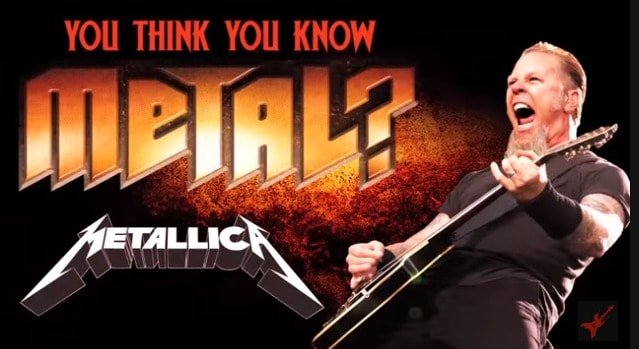 Widely regarded as the first definitive thrash album, Metallica’s Kill ‘Em All, though forceful, declarative and crushing, was a punishing exercise in music business protocol. While it upped the ante on the precision, rage and songwriting of bands like Venom and Diamond Head, it was a record that, from the start, was ruled by compromise and control.

Kill ‘Em All wasn’t the original title. Metallica wanted to call the album Metal Up Your Ass, but when Important, the distribution outlet of their label, Megaforce, balked, they were forced to change the name. As the story goes, bassist Cliff Burton’s reaction was hardly favorable. “Aw, man, f–k ‘em. F–k those f–kers! Just kill ‘em. Kill ‘em all,” he declared. And the album title was born.

Originally, Jonny Z, the band’s manager and label president, wanted Hammett to replicate Mustaine’s leads for the songs from No Life Til Leather, but Hammett, who was eager to make his own mark, protested. In the end, they agreed that the solos would start with Mustaine’s phrasings, but finish with Hammett’s compositions.

“As a twenty-year-old kid put in a position like that, you don’t want to rock the boat too much, especially being the new kid in town,“ Hammett said in Birth School Metallica Death by Paul Brannigan and Ian Winwood. “So I said, ‘Sure.’ When I changed them it was for the better and everyone liked it.”

Since Jonny Z, an indie record store owner, started Megaforce on a whim, simply to put out Metallica’s album, he improvised every step of the way, and had little budget with which to record. “I basically did the whole thing flying by the seat of my pants,” he told me during an unused interview for Louder Than Hell: The Definitive Oral History of Metal. “And I could barely even afford the pants.”

Zazula booked Metallica to record the album at Music America Recording Studio, and used staff producer Paul Curcio, who had previously worked with the Doobie Brothers in 1971. Chris Bubacz, who had engineered the hard rock band The Rods, was also on board. Fortunately for Metallica, they knew what they wanted, and had practiced for weeks on end at The Music Building in Queens, where they lived while they were in New York. And on May 10, 1983, they began recording the disc.

”Sitting in that ten by twelve room, surrounded by their amps, listening to those Kill ‘Em All songs being played in late ’82 before the album came out, were definitely some of the coolest moments of my life,” wrote Anthrax guitarist Scott Ian in his memoir I’m the Man: the Story of That Guy From Anthrax. “They were on f–king fire. It literally seemed like flames were coming out of their fingertips. They were so ready to make their record. Every time I heard them, I was totally inspired.”

By the time Metallica started recording Kill ‘Em All, they had a more visceral and combative tone than they had on No Life Til Leather. Most noticeably, James Hetfield’s vocals went from a reverb-saturated wail to the confrontational, semi-melodic rasp that he maintained for the bands first three albums.

Curcio and Bubacz weren’t used to recording such loud, aggressive music and set the studio equipment as if they were recording a normal rock band. When they realized the levels on the board spiked and the recording over-distorted, they tried to compensate by turning down the knobs. Zazula wasn’t happy when he heard the final mix. He felt the drums were too loud and the guitars didn’t cut enough. So the producer boosted the guitars and dropped the drums a tad. Interestingly, Metallica were not allowed into the room while Bubacz remixed.

“I’m always a little disappointed when I hear it years later,” Bubacz told Birth School Metallica Death. “[But given the circumstances] things worked out fine.”

Forty five days after Metallica entered Music America Recording Studios, Kill ‘Em All was done. Zazula was quite literally banking on Metallica to succeed, and eventually his investment paid off in abundance. At first, however, Metallica were greeted by the public with … complete indifference.

As Zazula took out a second mortgage on his New Jersey home to present Kill ‘Em All to the public, the album didn’t approach the bottom of the Billboard top 200 album chart, and that wasn’t just because Megaforce initially only printed 1,500 copies of the album. Hair metal was still dominating the charts and artists like Ratt and Ozzy Osbourne were considered “heavy” by the mainstream media, which still considered Motörhead an anomaly.

In time, however Kill ‘Em All had a seismic effect on the heavy metal underground, inspiring bands like Anthrax, Slayer, Overkill and Testament to ramp up their speed and strive for total volume overload (at one point fanzine Kick-Ass Monthly even tried to start an underground battle between Metallica and Slayer over who could play faster).

Despite its less-than-perfect production, Kill ‘Em All has stood the test of time. Years after its release, fans still clamor for Metallica to play “Seek & Destroy,” “Metal Militia” and “Whiplash,” and even when played in its entirety, the album sounds like far more than a dated but influential slice of history, standing right up there with classics such as Black Sabbath’s Paranoid, Iron Maiden’s Number of the Beast and Judas Priest’s Screaming For Vengeance.

The post: 33 Years Ago: Metallica Entered the Studio to Record ‘Kill ‘Em All’, was published at: Loudwire

No Thoughts on 33 Years Ago: Metallica Entered the Studio to Record ‘Kill ‘Em All’ – @Loudwire
0 (0)