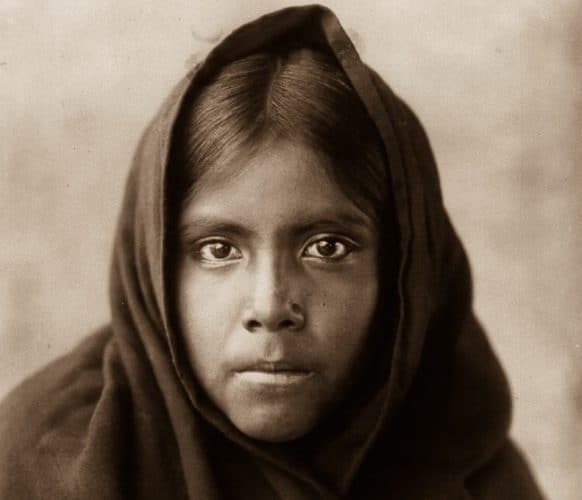 From the figureheads of ships to cigar store statues to the caricature mascots of various sports teams…. Unfortunate images of Native American peoples have persisted in popular culture, folk symbols of what Elisabeth W. Russell refers to in her history of the cigar store Indian as “The Vanishing American.” The phrase comes from the title of a Zane Grey novel, which then became a 1925 silent film dealing, wrote the New York Times that year, “with the passing of the American Indian.” Although both the novel and film attempt to protest the treatment of Native people by the U.S. government, both underwrite a common, troubling assumption—that Native Americans, like the Buffalo and the wild Mustang, were a threatened species, whose “vanishing” from the picaresque West (as they had “vanished” from the East) was a lamentable, but perhaps unavoidable, side effect of the march of Euro-American progress. 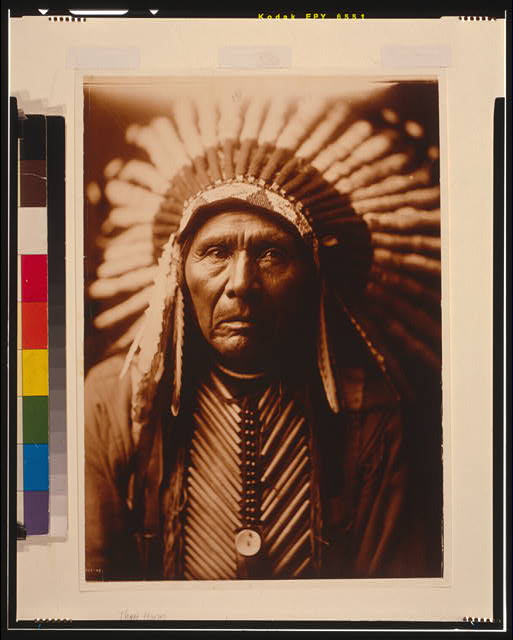 Each symbolic memorializing of Native Americans in U.S. iconography, however solemn or offensively cartoonish, gestures toward some meager recognition of a tragic loss, while erasing the circumstances that occasioned it. Of course Native Americans didn’t vanish, but were slowly killed or hounded into poverty and dispossession, and out of sight of white America—their dress, religions, and cultures made to disappear through forced assimilation, only to reappear in romanticized images of tragically conquered, but admirably warlike, primitives.

Those images proliferated during the mid-to-late 19th century, the period of intense Western settlement and expansion and the so-called Indian Wars. “It is a given today,” writes historian Brian Dipple, “that the idea of the American Indian has been historically significant. It shaped the attitudes of those in the nineteenth century who shaped Indian policy. Indian policy—be it removal of the Eastern tribes in the 1830s, reservation isolationism beginning in the 1850s, or allotment of reservation lands and assimilation in the 1880s—cannot be understood without an awareness of the ideas behind it. Literature and the visual arts provide revealing guides to nineteenth century assumptions about the Indian.” 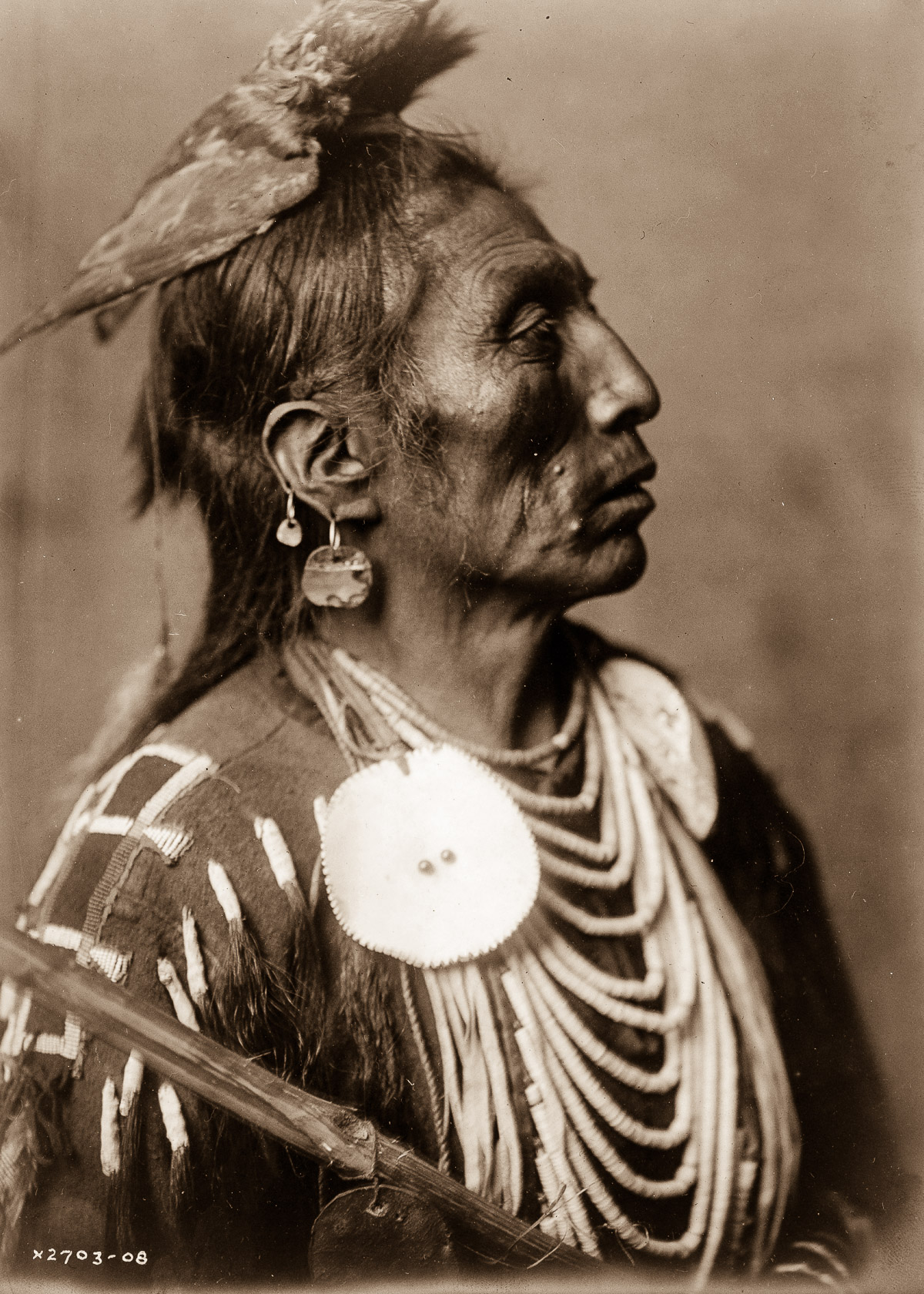 Native historian Vine Deloria describes the cultural situation with more incisive wit in his “Indian Manifesto,” Custer Died for Your Sins: “The American public feels most comfortable with the mythical Indians of stereotype-land who were always THERE. These Indians are fierce, they wear feathers and grunt. Most of us don’t fit this idealized figure since we grunt only when overeating, which is seldom.” By the early 20th century, “mythical Indians” had become firmly embedded in popular culture, thanks to art and entertainment like the serious creations of Zane Grey and Frederic Remington, as well as J.M. Barrie’s deeply unserious Peter Pan. It is in this cultural atmosphere that photographer Edward Sheriff Curtis’ huge, 20-volume ethnographic project, The North American Indian emerged. 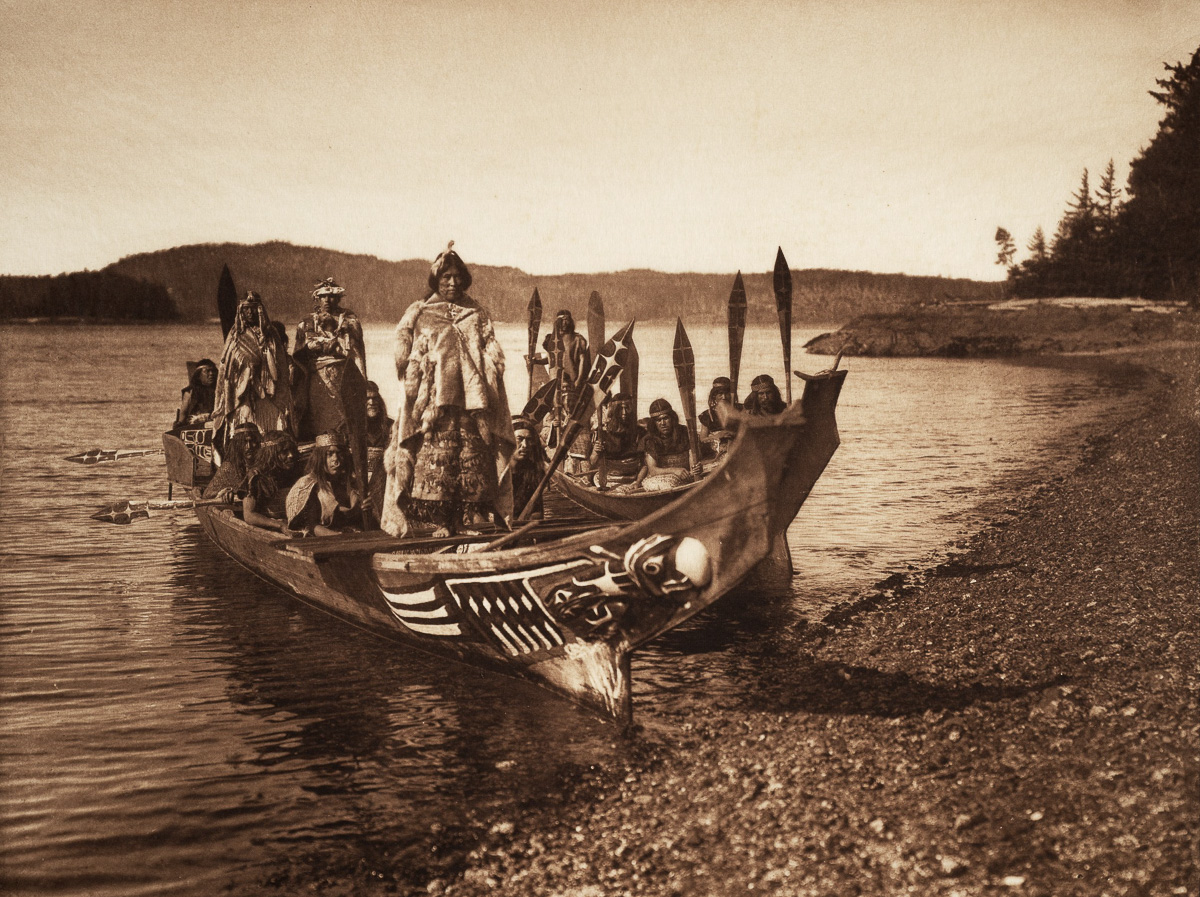 Beginning in 1904, and with the eventual backing of J.P. Morgan, writes Mashable, Curtis “spent more than 20 years crisscrossing North America, creating over 40,000 images of more than 80 different tribes. He made thousands of wax cylinder recordings of native songs and language, and wrote down oral histories, legends and biographies.” You can view and download more than 1,000 of these photographs at the Library of Congress. Curtis thought of his work as documenting “what he saw as a vanishing way of life.” Motivated by assumptions about Native people as semi-mythic remnants from the past, the photographer “sometimes meddled with the documentary authenticity of his images. He posed his subjects in romanticized settings stripped of Western civilization, more representative of an imagined pre-Colombian existence than the subjects’ actual lives in the present.” 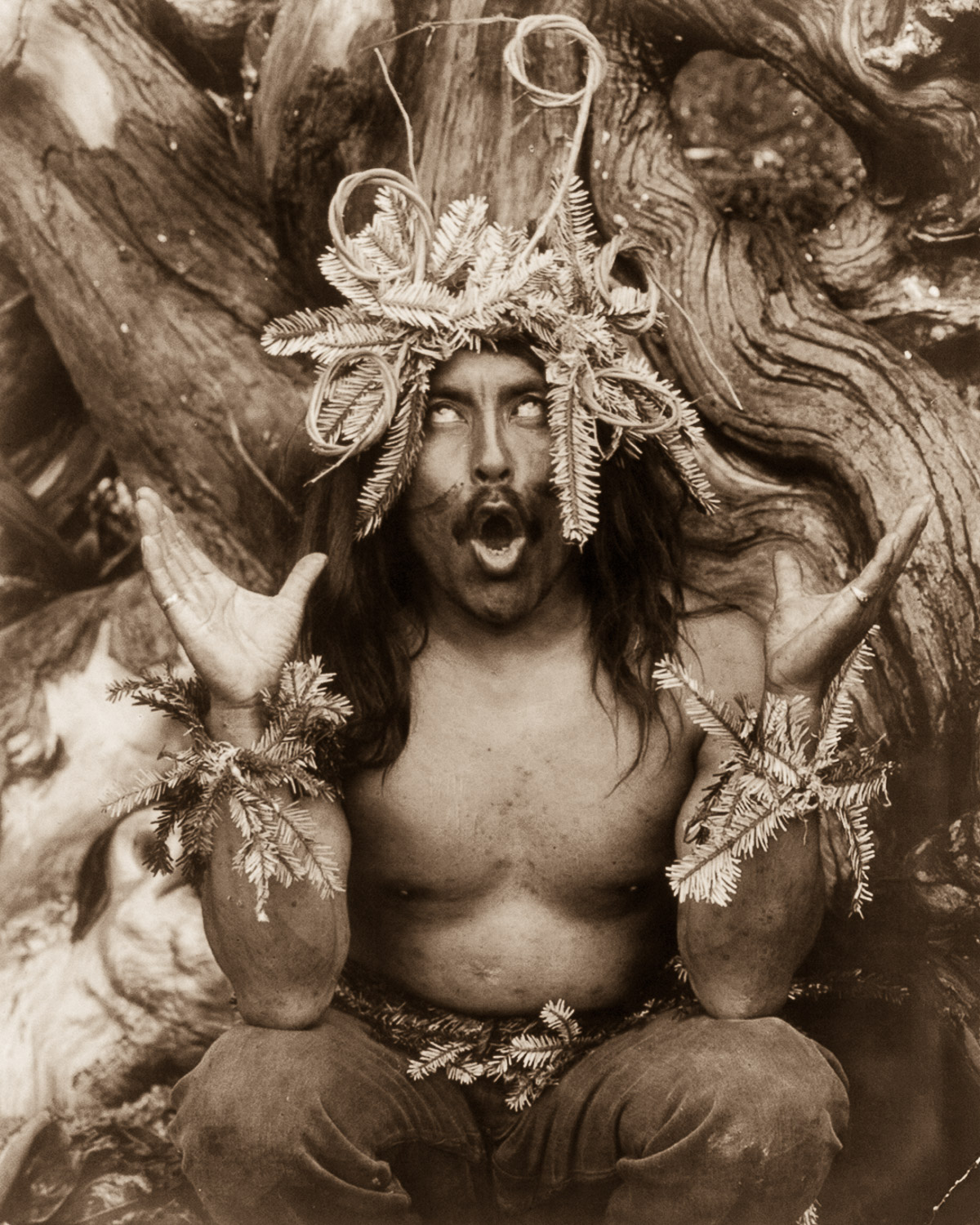 The photographs are beautiful, their subjects ennobled by the dramatic lighting and stylized poses, and the breadth and scope of the entire project is nothing less than breathtaking. It set the stage for the significant work of later photographers and ethnographers like Walker Evans, Dorothea Lange, and the Lomaxes. Curtis has even been credited with producing the first documentary film. The images, histories, traditions, and biographies Curtis preserved constitute an invaluable historical record. That said, we should bear in mind that The North American Indian comes to us framed by Curtis’ assumptions about Native American cultures, formed by a climate in which myth vied with, and usually supplanted, fact. What do we see in these staged images, and what do we not see? 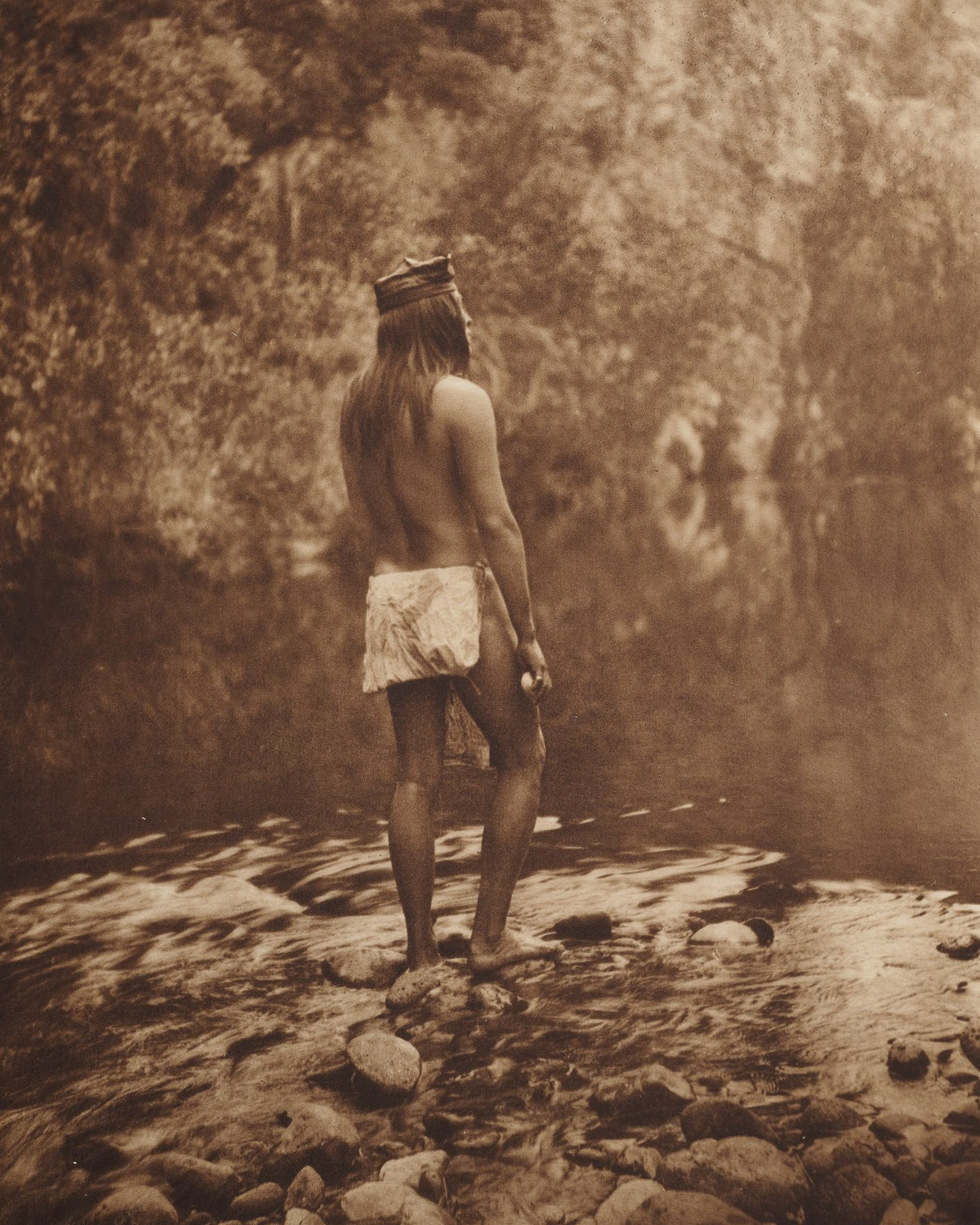 One of Curtis’ enthusiastic early backers, Theodore Roosevelt—who authored the introduction to Volume One—was, “like many of Curtis’ eventual supporters,” writes Valerie Daniels, “more interested in obtaining a record of vanishing Native American cultures as a testament to the superiority of his own civilization than out of any concern over their situation or recognition of his own role in the process.” Though Curtis did not necessarily share these views, and later became “radical in his admonition of government policies toward Native Americans,” he also had to please his financiers and his audience, most of whom would have felt the way Roosevelt did. We should bear this cultural context in mind as we take in Curtis’ work, and ask how it shaped the creation and reception of this truly impressive record of both American history and American myth. Enter the archive of images here. 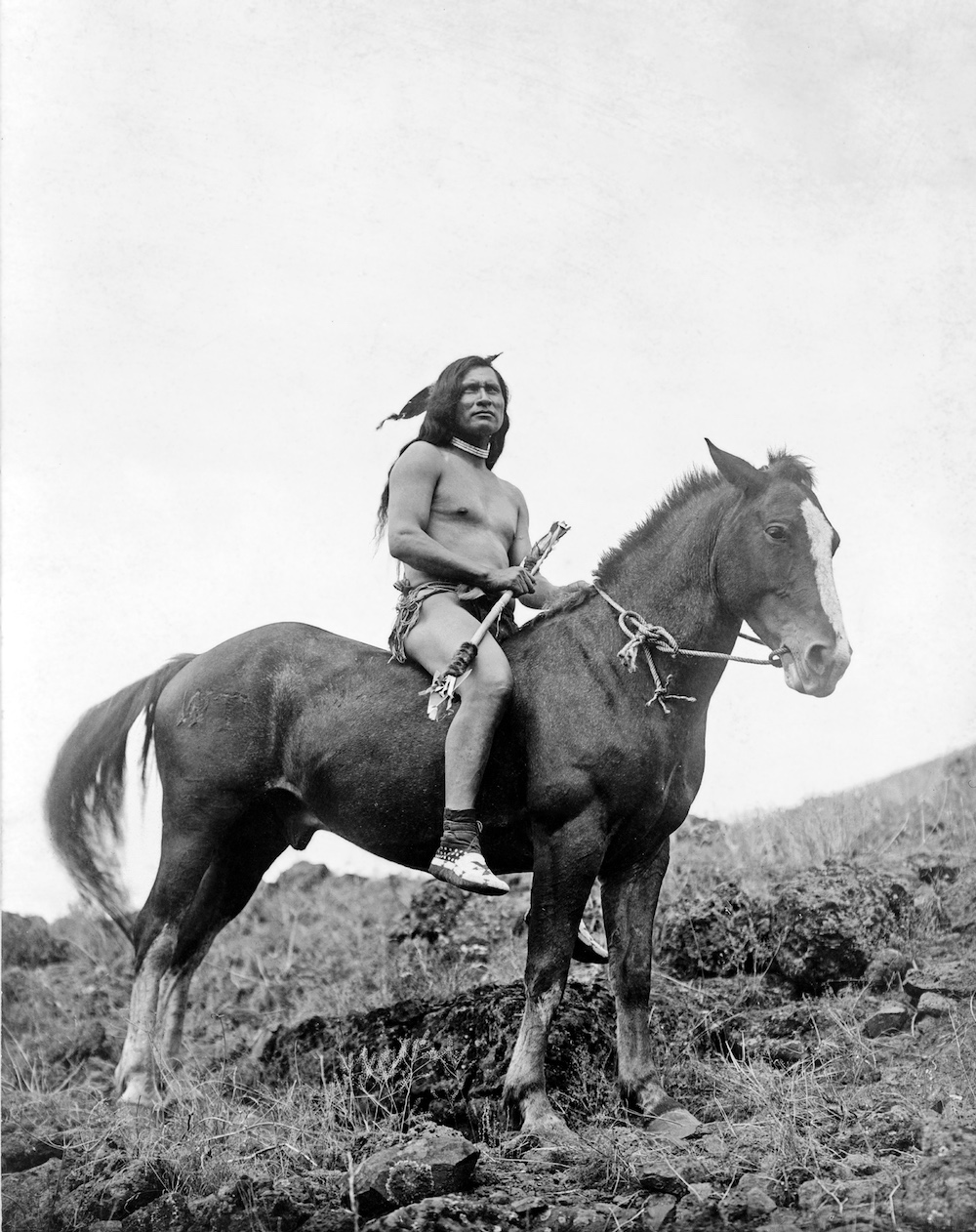 The post: 1,000+ Haunting & Beautiful Photos of Native American Peoples, Shot by the Ethnographer Edward S. Curtis (Circa 1905), was published at: Open Culture