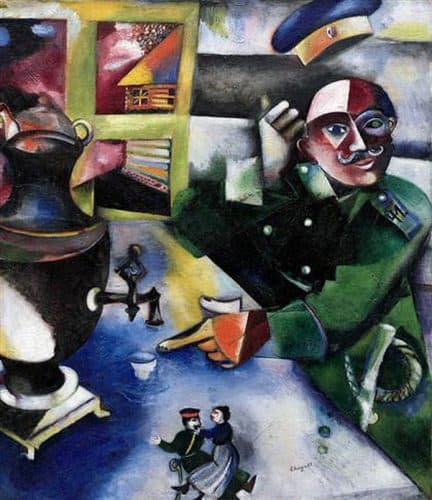 The Guggenheim Museum Bilbao presents ‘Windows on the City: The School of Paris, 1900–1945’, an exhibition that charts the key movements of modernism and the artists who came to be known as the École de Paris. April 22 through October 23, 2016.

“Windows on the City: The School of Paris, 1900–1945” includes some of the most influential paintings and sculptures of the last century, created by artists such as Constantin Brancusi, Georges Braque, Robert Delaunay, Amedeo Modigliani, and Pablo Picasso.

In the early twentieth century, Paris was the capital of the avant-garde. Artists from around the world settled in the City of Light, where they created new forms of art and literature and responded to the rapid economic, social, and technological developments that were fundamentally transforming city life. It was in Paris that Picasso and Braque radically overturned the conventions of painting, Delaunay composed harmonious visions of color, Kandinsky pursued new directions in abstraction, and Brancusi reimagined how sculptures could be present in space. The title of the exhibition, which refers to a series by Delaunay, illustrates how the modern city became a backdrop and an inspiration for artistic production.

Spanning from the first years of the twentieth century through World War II, the exhibition charts the key movements of modernism—from Cubism to Orphism to Surrealism—and the artists who came to be known as the École de Paris (School of Paris). Among the masterpieces featured are Picasso’s “Le Moulin de la Galette” (1900), Modigliani’s “Nude” (1917), and Marc Chagall’s “Green Violinist” (1923–24). Though diverse, the artistic visions represented in this exhibition manifest a common impulse to eschew conservative aesthetics and transform perceptions of everyday life in a modern city.

The rise of Fascism and the occupation of France during World War II ultimately ended the School of Paris, as the artists who had once sought political, spiritual, and creative refuge in the city were forced to leave.

The post: The School of Paris at Guggenheim Museum Bilbao, was published at: The ArtWolf