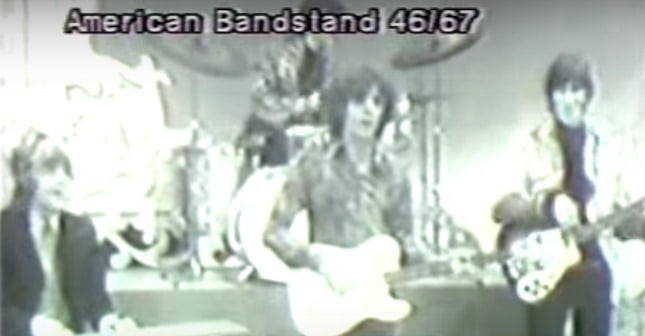 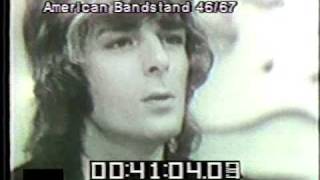 You may have noticed we’ve been in the midst of a mini-sixties revival for the past decade or so—what with the retro soul of Alabama Shakes or the late Amy Winehouse, the garage rock of Ty Segall, and the California psych of Australia’s Tame Impala. That’s to name but just a few students of sixties’ sounds; many hundreds more populate events like the Psych Fests of Austin and Liverpool. And before these bands, late eighties/early nineties brought us a British re-invasion of sixties garage rock and pop like the Jesus and Mary Chain, the Chameleons, the Stone Roses, Oasis, and many other jangly, fuzzy, dreamy bands.
All of that is to say it’s nearly impossible to hear anything sixties rock with fresh ears. Not only has the incessant nostalgia dimmed our senses, but we’ve seen the ideas of the sixties evolve into myriad subcultures variously indebted to the decade, but no longer even in need of direct reference. What would it mean, however, to hear the far-out sounds of a band like Pink Floyd for the first time, a band who may at times sound dated now, but much of whose more obscure catalog remains shocking. And it’s easy to forget that when Pink Floyd—or “The Pink Floyd” as they tended to be called—got their start with original singer and songwriter Syd Barrett, they made a much different sound than those we’re familiar with from The Wall or Dark Side of the Moon.
If you haven’t heard the sound of the band circa 1967, when they recorded their first album Piper at the Gates of Dawn, then you may nod along with Dick Clark’s ambivalent introduction of them to U.S. audiences in the ’67 American Bandstand appearance above—their first visit to the States and first time of TV. They do indeed make “very interesting sounds”: specifically, “Apples and Oranges,” the third single and the final song Barrett wrote for the band before he suffered a psychotic break onstage and was replaced by David Gilmour. There isn’t much in the way of performance. (But stick around for the interviews around 3:25.) As pretty much everyone did at the time, Barrett, Roger Waters, Nick Mason, and Richard Wright mime to a prerecorded track. And Barrett looks particularly out of it. He was close by this point to the crippling mental health crisis that would eventually end his career. 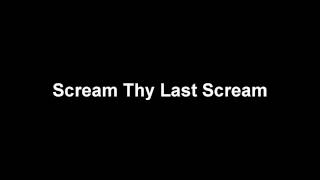 But Syd Barrett did not disappear from music right away. The unreleased “Scream Thy Last Scream,” slated to be the next single released after Piper at the Gates of Dawn, gave much indication of the musical direction he took in two 1970 solo albums, The Madcap Laughs and Barrett. Like later Barrett, early Pink Floyd is not music for everyone. Instead of the familiar stomping funk of “The Wall” or the soaring blues of “Comfortably Numb,” the songs meander, twist, turn, and wobble, often indicating the state of Barrett’s troubled soul, but just as often showcasing his brilliant compositional mind. Barrett is gone, as is keyboardist Richard Wright, and Pink Floyd is no more. But their legacy is secure. And we still have mad geniuses like Austin psych legend Roky Erickson to kick around, as well as all the many thousands of musicians he and Barrett inspired.

The post: Pink Floyd Performs on US Television for the First Time: American Bandstand, 1967, was published at: Open Culture

No Thoughts on Pink Floyd Performs on US Television for the First Time: American Bandstand, 1967 – @Open Culture #pinkfloyd
0 (0)