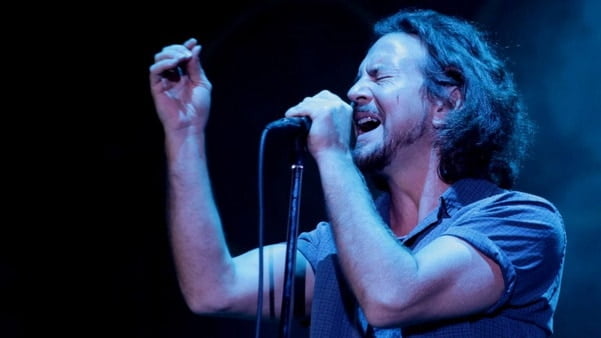 Saturday marked the 25th anniversary of Temple of the Dog’s lone LP, but Pearl Jam’s concert in Greenville, South Carolina instead focused on another grunge classic: The band’s second album Vs., which the band performed straight through and in its entirety for the first time in their history.

After opening their Bon Secours Wellness Arena with Vitalogy‘s “Corduroy,” Pearl Jam then launched into Vs.‘s opening track “Go” and didn’t stop playing the 1993 album in sequence until its closer “Indifference” 11 songs later. After the Vs. run-through, Eddie Vedder and company played an additional 20 songs, including covers of Pink Floyd’s “Comfortably Numb” and the Who’s “Baba O’Riley.”

The Greenville concert marked only the third time Pearl Jam has ever revisited one of their studio albums onstage in its entirety, following October 2014 performances of Yield in Milwaukee and No Code in Moline, Illinois.

In March, bassist Jeff Ament admitted to Rolling Stone that he’s “never been a fan” of full album performances. “I saw Cheap Trick do three albums and that was amazing. But for the most part I haven’t been a fan of that,” Ament said. “When we did those albums, we were on the plane going to the show and Ed said, ‘Hey, what do you feel about doing No Code tonight?’ And then we basically scrambled and learned the five songs we hadn’t played in 10 years right before the show. And it created, like, a good tension. By the second or third song, the fans started realizing what we were doing. We could sense that. I think the fact that we did it in Milwaukee and Moline was awesome. That was the greatest thing ever.”

The post: Pearl Jam Play ‘Vs.’ in Full at South Carolina Concert, was published at: Rolling Stone