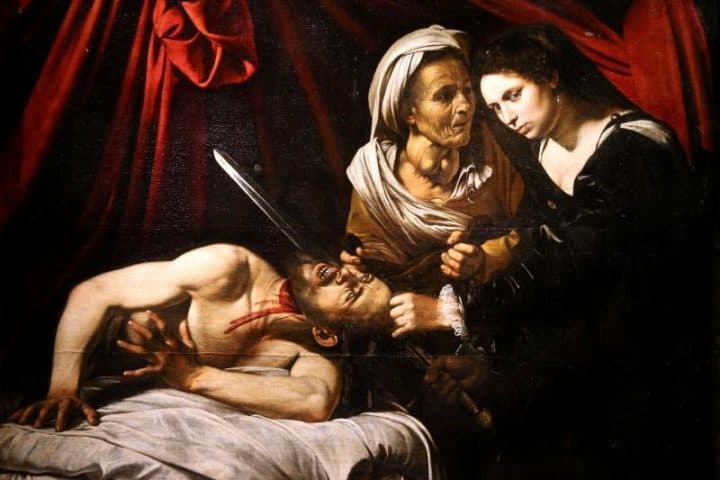 PARIS (AFP).- A painting discovered in the attic of a house in France is an “authentic” work by Italian Renaissance master Caravaggio that could be worth up to 120 million euros, two experts said Tuesday.

But others still have doubts over the spectacular canvas.

The owners of the house near the southwestern city of Toulouse discovered the dramatic 400-year-old painting when investigating a leak in the ceiling in 2014.

It depicts the beheading of General Holofernes by Judith from the biblical Book of Judith. It is in remarkably good condition, and was painted between 1600 and 1610, specialists believe.

Expert Eric Turquin said it could be worth as much as 120 million euros ($137 million), describing the painting as having “the light, the energy typical of Caravaggio, without mistakes, done with a sure hand and a pictorial style that makes it authentic”.

While other specialists have questioned its provenance, Turquin got the backing of a top Caravaggio specialist, Nicola Spinosa, former director of a prestigious Naples museum.

In an expert assessment seen by AFP, Spinosa wrote: “One has to recognise the canvas in question as a true original of the Lombard master, almost certainly identifiable, even if we do not have any tangible or irrefutable proof.”

Gruesome scene
Turquin told reporters that Caravaggio may have painted the gruesome scene, which also features a haggard old lady with goiters, in Naples while he was on the run from a murder charge in Rome.

He had earlier painted a different version there, which now hangs in the National Gallery of Ancient Art in the Italian capital.

The French culture minister has slapped an export ban on the canvas after experts from the Louvre museum in Paris spent three weeks studying it.

The ministry said the painting should stay on French soil “as a very important Caravaggian landmark, the history and attribution of which are still to be fully investigated”.

Marc Labarbe, the auctioneer called in by the family who discovered the painting, said it had been damaged by a previous leak.

He said the family had had the painting since at least the middle of the 19th century and that it may have been brought from Spain by an ancestor who served under Napoleon.

“It probably was left in the attic because of its particularly violent content, which would not have been easy to hang in a bedroom or living room,” he added.

Turquin admitted “some serious” art historians “had attributed the work to (Louis) Finson”, a Flemish painter and disciple of Caravaggio who died in 1617.

The French art newspaper Le Quotidien de l’Art quoted another expert on the artist, Mina Gregori, as saying that it was “not an original” although she recognised the “undeniable quality of the work”.

If the painting — which measures 144 cm by 175 cm (57 inches by 69 inches) — is confirmed as an original, it will have been the biggest such discovery since another Caravaggio was discovered in Dublin in the early 1990s.

“The Taking of Christ” had been hanging in the dining room of a Jesuit residence in the Irish capital since the 1930s, having long been considered a copy.