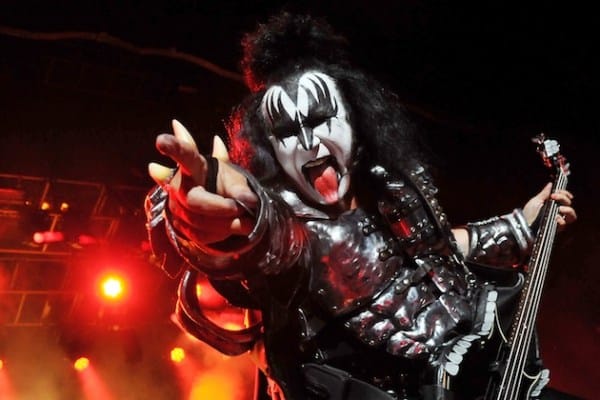 KISS have proudly sported their makeup, went through a period of going without makeup and have even tried out a variety of makeup personas, but at present the group has been using the makeup look of the classic era lineup, even though Ace Frehley and Peter Criss are no longer with the group. That move has ruffled the feathers of some, who feel that the Catman and Spaceman looks should have ended when Frehley and Criss exited. But for founding singer-bassist Gene Simmons, he’s confident the move was the right one.

Speaking with Rolling Stone, Simmons stated, “Why wouldn’t we use the classic makeup? We own it.” When it was pointed out that other past members had adopted their own identities, Simmons stated that the new personas were not really valid. So when Frehley and Criss left, their character looks were then passed on to current members Tommy Thayer and Eric Singer.

“In retrospect, it was the right decision,” says Simmons. “There’s always going to be five percent or 10 percent of people who were there at the beginning who will complain about anything. And listen, I think that’s valid from their point of view. But people get onto a train at different times. If you go to see the Stones live today and poke the guy next to you and say, ‘Ron Wood, he’s not Brian Jones,’ the guy says, ‘Who the f–k is that?’ He wouldn’t have a clue what you were talking about. He came into the Stones 10, 20, 30 years after you did.”

The rocker also opened the discussion to speaking about bands replacing popular members, stating that the group is often bigger than the parts that are lost. He explained, “The saddest thing of all is here we are, top of Mt. Olympus with all this cool stuff happening, really enjoying ourselves, the fans are thrilled, and nobody ever holds up a sign, ‘Where’s Ace and Peter?’ Anybody that’s in a band goes, ‘Oh, they can’t exist without me.’ They are sadly mistaken. Whether you’re AC/DC or Van Halen or anybody, they can actually not only exist without you. Even if you’re the lead singer, they can actually get twice as big. Even if you’re in Genesis: ‘Oh, they can never do it without Peter Gabriel.’ Oh, sure they can. In fact, we’ll get a guy who doesn’t have any personality and doesn’t put on masks or anything and just sings songs, and they’ll play stadiums. And Peter Gabriel, with all of the great masks and the things, never played that.”

At present, KISS are off the road, but the band does have a few dates on their schedule for later this year. Keep up with their touring here. 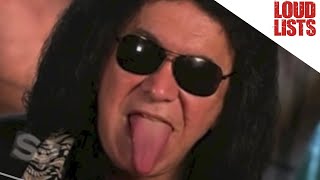 
The post: KISS’ Gene Simmons: Using Classic Era Makeup With New Members ‘Was the Right Decision’, was published at: Loudwire