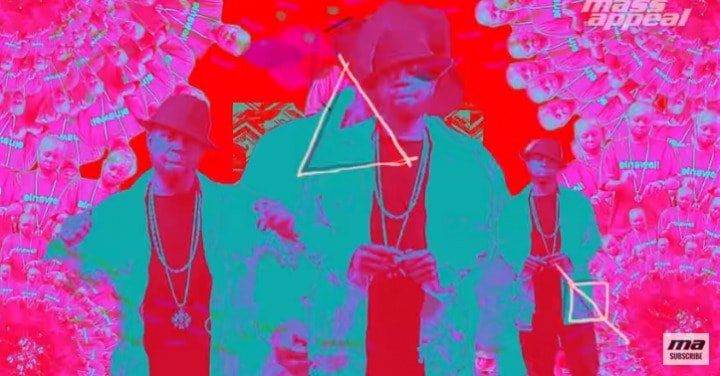 A week and a half ago, J Dilla’s The Diary album finally released. Ten years after the producer/MC’s death, his family and the Nas-backed Mass Appeal Records delivered an album that began in 2001 to the fans at last. The final Dilla vocal album, this was what was on James Yancey’s mind when he broke from Slum Village and signed to MCA Records in the early part of the millennium.

“The Sickness” is a powerful highlight from with the Top 100-charting LP. Produced by Dilla’s JayLib partner Madlib, the song features Nas. In the flesh, Nasir Jones and Jay Dee were never able to collaborate. However, in working with Ma Dukes, Illa J, Egon, and the rest of those close to the legendary music-maker, Nas and Dilla’s work comes together in its own time.

The video uses video footage of Dilla and Nas creatively. With tons of color and post-production, Heads can easily grasp how these two kings of cool would have jived, had they had a chance. Although it’s Madlib’s beat, the footage syncs some MPC work by Jay Dee to knock with the Electronic-tinged track.

The post: J Dilla, Nas & Madlib’s Visual Is So Sick It’s Hallucinogenic (Video), was published at: AFH Ambrosia for Heads

Led Zeppelin could settle Stairway To Heaven case for $1 – @TeamRock