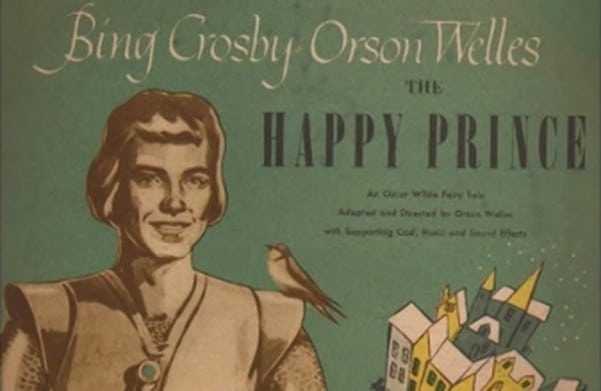 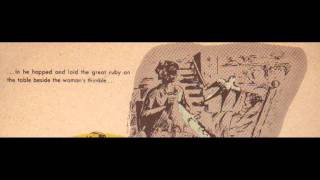 The most beloved fables have survived for ages, passed down from generation to generation in one form or another since time immemorial. It speaks to the genius of Oscar Wilde that his children’s story “The Happy Prince” has attained that status despite having existed for less than 130 years. In that time it has captivated readers, listeners, and viewers (including the likes of Patti Smith) in the original text as well as in a variety of adaptations, including an orchestral performance, an animated film, a reading by Stephen Fry, and a rock opera. It also provided material for a number of radio broadcasts in the 1930s and 40s, including the one above, a reading by Orson Welles, Bing Crosby, and Lurene Tuttle.

Welles takes the Wildean role of the narrator. Crosby plays the titular prince immortalized in statue form without having ever, ironically, experienced happiness in life. Tuttle, a prolific actress of not just radio but vaudeville, film, and television, gives voice to the swallow who, left behind when his flock migrates to Egypt for the winter, alights on the prince’s shoulder. In their shared lonesomeness, the bird and the statue become friends, and the prince asks the sparrow to distribute his decorations to the people of the impoverished town around them. What comes of these selfless deeds? The answer resides, with the rest of the story, in the hallowed realm of myth.

Welles, Crosby, and Tuttle’s performance of “The Happy Prince” debuted on the Philco Radio Hall of Fame on Christmas Eve 1944. It proved popular enough that two years later, Decca commissioned the actors for another performance of the story and put it out as a record album. In becoming something of a holiday tradition, Wilde’s immaculately crafted tale of companionship, sacrifice, and redemption has surely turned a few generations on to the work of one of the sharpest wits in western history. The prince and the swallow may come to an unfortunate end on Earth, but they enjoy the recognition their deeds have earned them in the kingdom of heaven. Wilde’s own short life closed with a series of difficult chapters, but now we all recognize the preciousness of what he left behind.