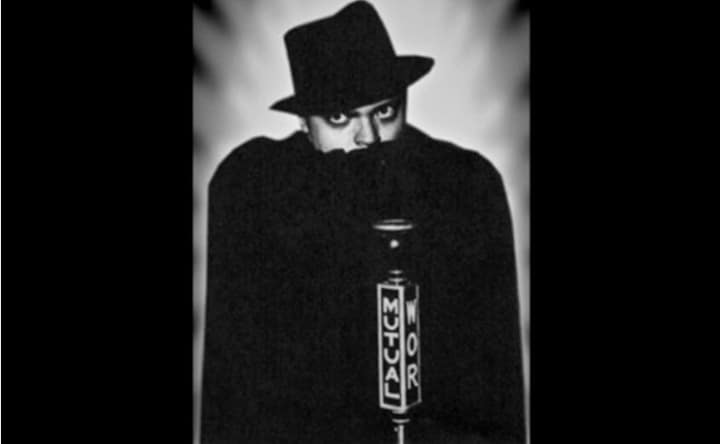 Who knows what evil lurks in the hearts of men? Every fan of old-time radio, the fruit of a “golden age” on the American airwaves which lasted from the 1920s until television took hold, can tell you the answer: The Shadow knows. Though he’s appeared in pulp-era magazines and novels as well as comics, movies, and even video games, the mysterious crimefighter, known by day as “wealthy young man about town” Lamont Cranston, made his biggest mark on the good old wireless, around which listeners gathered to hear him dispense his own brand of psychologically delivered justice from 1937 to 1954.
The Shadow became, in many ways, the prototype of the superhero, especially Batman and others who do their job not with fantastical superpowers but with their wits, their wealth, and the host of advanced devices and obscure techniques at their disposal. (Assuming, of course, you don’t consider the Shadow’s never-fully-explained ability to “cloud men’s minds” fantastical.) This also makes him something of a proto-James Bond, the technically human but seemingly invincible British Secret Service agent who debuted on the page the year before The Shadow ended his run on the radio. Like James Bond, The Shadow exists independently of the many actors who have portrayed him, but just as most acknowledge Sean Connery as the definitive Bond, Orson Welles stands as The Shadow to beat.

In fact, the New Yorker‘s Alex Ross titled his profile of Welles’ career, looking back from the 100th anniversary of the radio-theater-film auteur’s birth, “The Shadow,” acknowledging aspects of the man’s creative persona as well as the program on which he, at the tender age of 22, “achieved radio stardom as a hypnosis-inducing vigilante” — and also found a source of money to funnel straight into his own higher-brow and more socially conscious productions under the New Deal’s Federal Theatre Project. (Ross quotes Franklin Delano Roosevelt jokingly calling Welles the “only operator in history who ever illegally siphoned money into a Washington project.”)
Now you can listen to more than 30 Welles-starring episodes of The Shadow free at the Internet Archive. When the show made its debut, it ran for 26 episodes sponsored by Blue Coal, a name fans will know as well as they know Lamont Cranston’s. Then came a summer series sponsored by Goodrich Safety Silver-Town Tires. “For many years it was believed that the syndicated Goodrich series had run for 15 episodes,” say the accompanying notes, “until a complete collection of recordings surfaced in the estate of a former Goodrich executive and it was realized that the summer season had been a full 26 episodes — and that 11 full episodes starring Welles had been discovered that had not been heard since they originally aired 70 years ago.” A sudden, dramatic appearance by The Shadow just when we least expected it — how very like him.