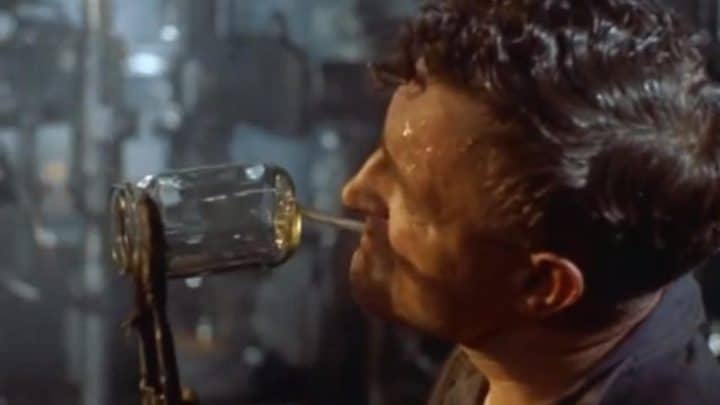 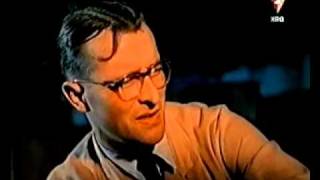 You’ll find many a bold claim on Wikipedia, even on the page for Bert Haanstra’s Glass, a 1958 short documentary on glassmaking in the Netherlands, which, as of this writing, mentions that the film “is often acclaimed to be the perfect short documentary.” Just the sort of thing you’d want to take with a grain of salt, right? But if you watch Glass itself, which won the 1959 Academy Award for Documentary Short Subject, you might find yourself joining in on that supposed chorus of acclaim.

Prashant Parvatneni at The Essential Mystery calls Glass “at once a passionate celebration of human labour and craftsmanship and a biting critique of the mechanistic mass-production of objects. On the very surface this documentary can appear as a demonstrative film keenly elucidating the very basic processes that go into the making of handmade glassware and juxtaposing it with the process of bottle-making in a mechanised factory. Yet this very juxtaposition coupled with a Haanstra’s strong stylistic intervention takes the film into a polemical space.” Taking a slightly different tone, Colossal’s Christopher Jobson highlights the jazz of the traditional half, and the “whimsical score of more synthesized music” in the modern half. “Also,” he adds, “there’s a ton of great smoking!”
Jobson doesn’t mention that these guys also somehow manage to keep smoking even while blowing glass — an impressive feat indeed, and just one of the impressive qualities on display in Glass’ brief runtime. Eventually, the footage turns back from the factory to the workshop, and soon it begins oscillating between the two, cutting to the jazzy rhythm and even making the machines and workmen into musical instruments of a kind. The Dutch glassmaking industry has surely changed in the past half-century, but students of Dutch film can’t ignore the work of Haanstra, who in addition to this and other documentaries short and long, directed features including Fanfare, still one of the most popular films in the Netherlands ever. But as any film historian might suspect — and here comes another bold claim — Glass will outlive them all.
Glass will be added to our list of Free Documentaries, a subset of our collection 725 Free Movies Online: Great Classics, Indies, Noir, Westerns, etc..
via Colossal