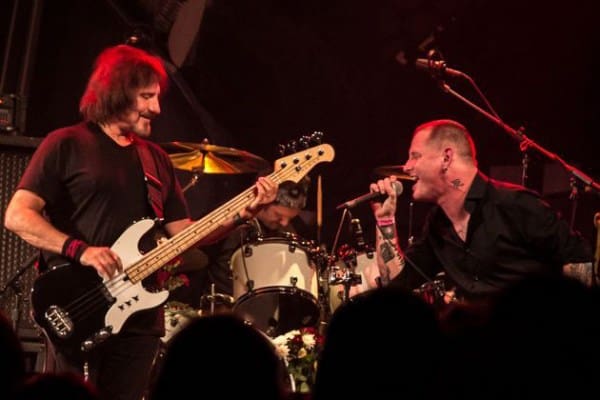 On May 12, some legendary musicians are coming together to honor Deep Purple’s Glenn Hughes and Cheap Trick’s Robin Zander, who will be inducted into the Rock and Roll Hall of Fame next week. In a benefit to support Adopt the Arts, members of Black Sabbath, Guns N’ Roses, Slipknot + more will serve as musical guests.

All proceeds from the event will go directly towards Adopt the Arts. “This isn’t just about your kid who may or may not be in public school; this is about our community,” says Matt Sorum. “A lot of entertainers and wealthy people in the entertainment industry don’t know what is happening in America’s public schools. Adopt The Arts is shedding light on the reality of public education and providing an opportunity for people to invest in their community.”

“It is the mission of Adopt the Arts Foundation to bring together well-known artists, public figures, entrepreneurs, policy makers, and the general public to save the arts in America’s public schools,” reads a description on the Adopt the Arts website. “We believe that it is morally and ethically incumbent upon us to foster the creativity, dreams, hopes, and imaginations of our children.”

Many ticket options ranging from as low as $40 for general admission to $4500 for a meet and greet + VIP table are now available for the Adopt the Arts honors night.

Watch All of Our Slipknot Loud Lists