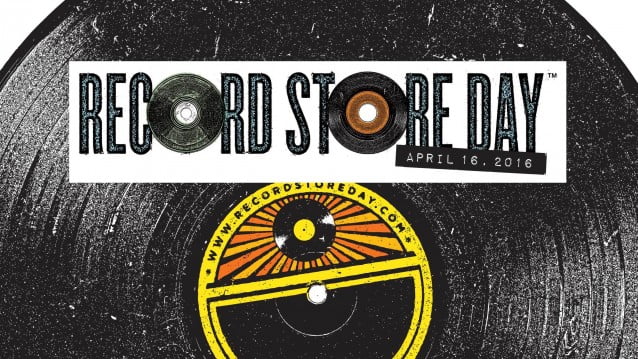 Now in its ninth year, Record Store Day is not just a chance to celebrate our magnificent independent record shops, but it’s also a chance to get your hands on some exclusive releases. But be quick, because these records won’t hang around for long!

This year, the national event takes place on Saturday April 16 and here’s a selection of the proggiest releases you could find at your local store.

All releases are correct at time of press but please check stock before travelling as not every record shop will be stocking the full range.

Vinyl picture disc released to commemorate the 40th anniversary of Station To Station.

Yellow vinyl reissue of one of the Dutch band’s best-known singles. Originally released in 1971, this release includes both the US and European versions of the track.

Purple vinyl release of one of Goblin’s best known title tracks with an exclusive poster featuring the original movie’s artwork.

Remastered clear vinyl version of this very rare Italian single from 1977 with picture sleeve replicated from the original edition.

Originally released as a split single with Shirley Collins in 1979, this exclusive and very limited edition reissue of Black Birds… also includes the previously unreleasedCuckoo.

Teaser single taken from the musician’s forthcoming album Electronica V.2, which is officially out on May 6.

Released for the first time as a single, this is the opening track from the late Japan bassist’s 2004 album More Better Different.

Silver double A-side single split between the final track from Mercury Rev’s current album The Light in You and a taster from former Cocteau Twin Simon Raymonde’s new musical outlet.

THE MOVE: SOMETHING ELSE FROM THE MOVE (ESOTERIC)

Originally recorded at the Marquee Club, this extended play 7” has been remastered from the first generation tapes from the rare Live Mono EP.

Picture disc containing the studio and live versions of this track from last year’sDrones. Comes with a free fold-your-own paper drone!

PUBLIC SERVICE BROADCASTING: THE OTHER SIDE (TEST CARD RECORDINGS)

Picture disc of the live favourite from The Race For Space backed with a six-minute reworking by electronic musician Datassette.

Limited edition picture disc of the singles Joe’s Garage and Central Scrutinizer, taken from one of Zappa’s most iconic albums.

This bound triple LP contains both remastered official albums by Jansch’s future wife alongside one disc of previously unheard material.

The late actor surprised the music world when he released these two conceptual albums about the Roman Emperor Charlemagne. For the first time, Lee’s symphonic metal epics are being released on coloured vinyl – both are strictly limited to 500 copies each.

DAVID BOWIE: THE MAN WHO SOLD THE WORLD (RHINO)

Eight-track, vinyl re-pressing of the classic 1972 album from these Hammond organ fans.

Timely double vinyl release of the band’s 1997 concert as part of the Montreux Jazz Festival.

Available on white vinyl for the first time ever, this soundtrack contains previously unreleased material, new artwork and a poster.

JETHRO TULL: TOO OLD TO ROCK ‘N’ ROLL: TOO YOUNG TO DIE (RCA)

Re-released on vinyl, this is Ian Anderson et al’s 1985 re-imagining of Jethro Tull’s back catalogue, performed with the LSO.

Double vinyl repressing of the original soundtrack for Darren Aronofsky’s bleak art house film Requiem For A Dream, as recommended by Mogwai in this month’s Prog.

THE ORB: ADVENTURES BEYOND THE ULTRAWORLD (UMC)

Limited vinyl run of the current release from the former Police guitarist and Robert Fripp collaborator.

Vinyl reissue of this rare 1976 instrumental recording, lovingly remastered from the original tapes. Also includes a version of the Star Trek theme!

The post: Exclusive Prog Releases For Record Store Day 2016, was published at: TeamRock