Cult Swedish melodic death metal band EUCHARIST — which features in its ranks current ARCH ENEMY drummer Daniel Erlandsson — reunited for a headlining performance at the Metal Reunion PTD3 festival on April 16 at Bruket in Varberg, Sweden. The concert marked EUCHARIST‘s long-awaited return to the stage and thier first live appearance in 18 years.

Fan-filmed video footage of the gig can be seen below.

EUCHARIST‘s lineup for the show consisted of the following musicians:

Asked about the possibility of EUCHARIST releasing new music, Erlandsson told The Monolith: “If we are to release new music or not, it’s only gonna happen if the new material is up to par. At this moment it might be too early to say. We have kind of said between us, ‘Let’s see how the first show feels and take it from there.’ I could imagine making some new music would be cool too, so let’s see what the future will bring.”

One of numerous groups involved in establishing the very melodic style now known as the “Gothenburg sound,” EUCHARIST did not fare particularly well in the face of the era’s stiff competition, resulting in personnel eventually joining rival bands. Most notably, original bass guitarist Gustaffsson joined the power metal band ARMAGEDDON, and drummer Erlandsson worked for a time with Gothenburg scene leaders IN FLAMES before settling in permanently with ARCH ENEMY.

EUCHARIST was founded in Veddige, a small city about 40 kilometers from Gothenburg, sometime around 1989. A demo released in 1992, titled “Greeting Immortality”, became a classic in the metal underground. The same year, Obscure Plasma Records released the “Greeting Immortality” seven-inch single and in 1993 the band recorded a song named “The View” for a Deaf Records (a Peaceville imprint) compilation album called “Deaf Metal Sampler”. Afterwards, the band suddenly split up for a short time before being asked by Wrong Again Records to reunite and sign a deal, which they did.

EUCHARIST entered the studio and recorded their first album, “A Velvet Creation”, which was released in 1993, with the cover misprinted in the wrong color. In the summer of 1994, two songs, “Wounded and Alone” and “The Predictable End”, were recorded for a compilation album, “W.A.R. Compilation Vol. 1”, released in 1995 by Wrong Again. EUCHARIST split up again and some members started playing in other bands. Erlandsson, for example, played drums on two tracks on the IN FLAMES EP “Subterranean”. In 1996, Johnsson and Erlandsson started working with EUCHARIST again and they were instantly offered a deal by WAR Music (a new label formed out of the ashes of Wrong Again Records). The resulting album, “Mirrorworlds”, came out in 1997. But again, after a short tour in early 1998, EUCHARIST split up.

In 2001, “A Velvet Creation” was re-released on Regain Records on both CD and vinyl, this time remastered and with the two songs from the “W.A.R. Compilation” session as bonus tracks. The cover was also printed in the correct color, but this time Markus Johnsson‘s name was misprinted as Marcus Johansson. 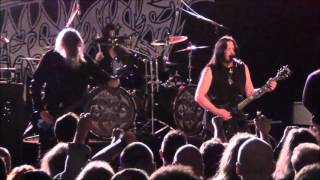 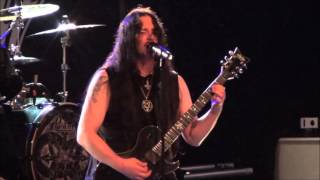 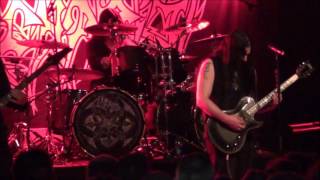 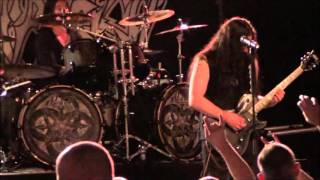