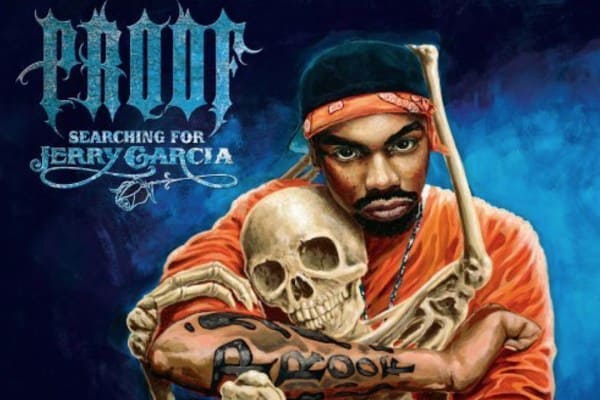 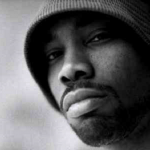 It’s been a decade since Detroit, Michigan’s Proof passed away. An integral part of the city’s Rap scene, his 2006 death only 2 months after fellow Motor City native J Dilla left a gaping whole in the Hip-Hop community. Having performed as a member of the oft-overlooked 5 Elementz, Funky Cowboys, Promatic and D-12, his close friendship with Eminem earned him some considerable visibility towards the end of life, but longtime Heads had been rockin’ with him since the ’90s, and have long been aware that his skills extended beyond the mic to the turntables and the screen in addition to work as a solo artist. Today, (April 11) von the 10th anniversary of his murder, D-12 members can be seen and heard reminiscing in a newly released documentary. The brief but insightful film features contributions from Bizarre, Denaun (aka Mr. Porter), Kuniva, and Swifty as they recall first meeting their future friend and collaborator, some memorable anecdotes which bring to light Proof’s sense of humor, and the thing which continue to leave impressions all of these years later.

Fondly called the Mayor of Detroit, Big Proof is remembered for always being a musically creative soul, from the DJing he did as a teen to his ability to freestyle about cars driving by at any given moment. In the AllHipHop.com-produced The Life of Proof, such stories are intertwined with footage of the late musician, including that featuring his dear friend, Marshall Mathers. With several instances in which he mentions Detroit or raps over Dilla beats, Proof was inarguably always putting on for his city, and although he’s not here in physical form, it’s even more evident that his time spent in Hip-Hop continues to ignite living and breathing reflections. “It takes a lot to get the respect of someone with that much juice in the hood,” Kuniva says of his friend – notably in the present tense. “When he finally gave me his respect was when I battled Eminem.”

Proof’s sway over his future collaborators also had a lasting reflect on Bizarre, who shares that his original MC name was Bizarre Kid, and he recounted the day it all changed. When Proof heard his name, he said “Bizarre Kid? Ain’t no kids in here, man. I like Bizarre better.” The most vivacious qualities of his, according to D 12 members, were equally long-lasting, as Bizarre shares that Proof “had a lot of sayings” when it came to “the best music advice,” calling him “a young guy who had an old soul.” Swifty recalls his friend as being “all about positivity and making you smile. You couldn’t stay mad at him long.” Denaun shares that “everybody who met him, everybody felt a complete bond with him…he was able to touch people in a way that I still like to touch people. He was a people’s person.” That sentiment is echoed by Kuniva, who remembers Proof’s multi-faceted accomplishments in life. “He was a leader, a father, a husband, group member, businessman, solo artist, big brother.” “He really was an angel,” Bizarre adds. “When you’re at your downest moment, it’s almost like he knows that,” a touching statement that is also phrased in the present tense. 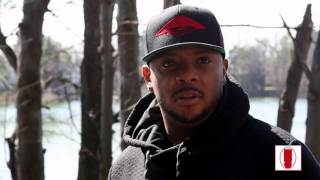 Though Mathers was not interviewed for this film, he has often made his feelings about the loss of his friend known, including in the song “Difficult,” in which he speaks directly to Proof. “Man how could you touch so many fucking lives and just leave us?” he asks. “But you can bet your legacy they’ll never forget, the Motor City/Motown Hip-Hop vet.”

The post: 10 Years Later, Proof’s Closest Friends Prove His Memory Is Very Much Alive (Video), was published at: AFH Ambrosia for Heads