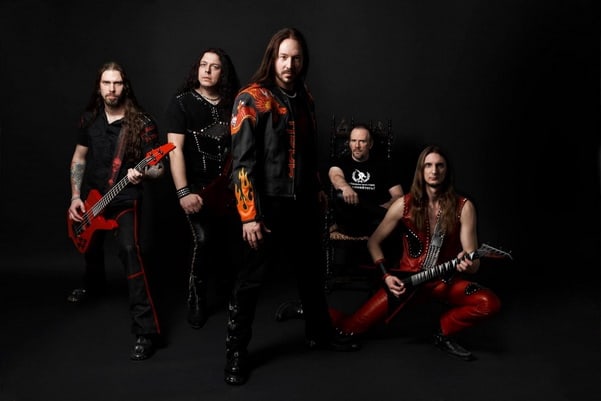 In this Loud List, we count down our picks for the 10 Greatest Power Metal Bands of all time.

When it comes to metal subgenres, power metal is often overlooked in the modern era. Though it takes a band as technically exciting as DragonForce to break through in power metal these days, the genre has always towered in triumph due to its epic themes, soaring vocals, theatrics and top-notch musicianship.

For over 30 years, Germany’s Helloween has led the power metal charge, releasing numerous albums still considered to be masterpieces to this day. The Keeper of the Seven Keys two-part opus is widely accepted as power metal perfection, often showing up in lists counting down the greatest metal records ever written.

Acts like Blind Guardian and Symphony X have remained remarkably consistent over the years, performing to massive crowds around the world. Symphony X guitarist Michael Romeo remains one of the genre’s leading shredders, making his tremendous soloing look like a simple extension of his body.

You’ll find other legendary acts like Gamma Ray and Manowar dominating the concert stage on this video compilation, so be sure to watch the 10 Greatest Power Metal Bands Loud List above!

The post: 10 Greatest Power Metal Bands, was published at: Loudwire

Operação Eye in The Sky