“Flamethrower”, the new video from reunited New York death metallers SKINLESS, can be seen below. The video, which was created by Chris Delano, features war-torn clips from authentic battle footage and from movies such as “Aliens” and “Stalingrad” mixed with live footage of the band performing at Hellfest 2015.

“Flamethrower” comes off SKINLESS‘s first new studio offering in nearly a decade, titled “Only The Ruthless Remain”, which was unleashed last June on CD, LP and digitally via Relapse.

“Only The Ruthless Remain” includes artwork by Ken Sarafin.

Formed in 1992 in Albany, New York, SKINLESS released several full-length albums and numerous EPs throughout its 20-plus-year career. After disbanding in 2011, the group is now back together with the classic “Progression Towards Evil” lineup (Sherwood Webber on vocals, Noah Carpenter on guitar, Joe Keyser on bass, Bob Beaulac on drums) plus the recent addition of Dave Matthews on second guitar. 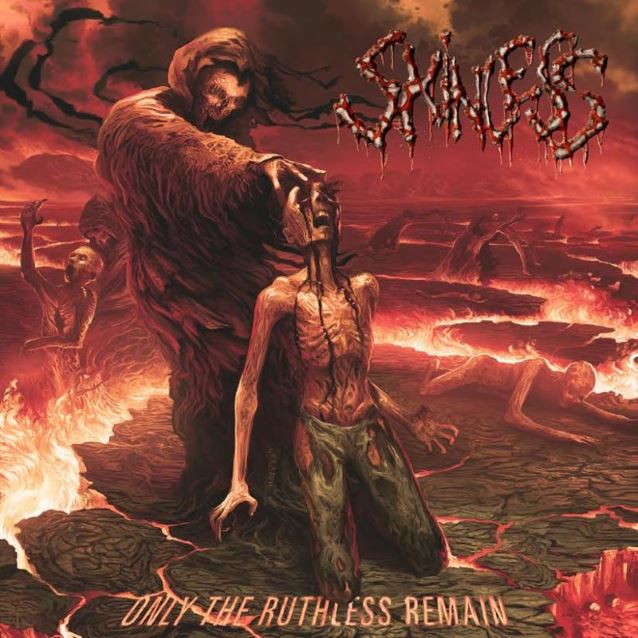 The post: SKINLESS: ‘Flamethrower’ Video Released, was published at: Blabbermouth.net