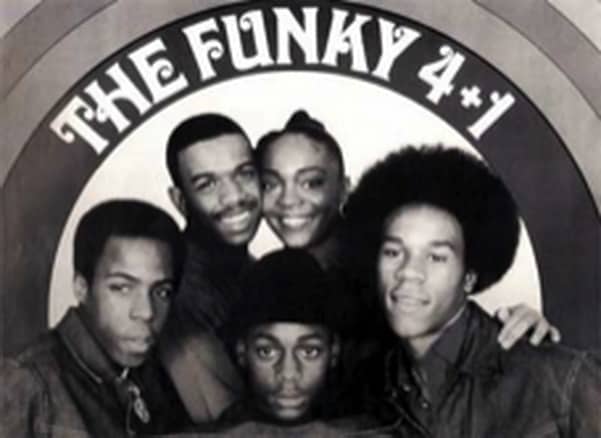 On Valentine’s Day in 1981, when Hip-Hop was by and large a completely unrecognized cultural form, national television aired the first appearance by a female rapper. 35 years later, during Woman’s History Month, footage of that historic performance has re-surfaced, and it is a remarkable trip down the proverbial Memory Lane. The Funky 4 + 1 were Bronx, New York progenitors of a culture which is today omnipresent, but in the late ’70s, they were pioneers. Sporting a frontwoman in an era and genre so proliferated with male stars, Sha Rock served as a lighthouse for future women on the mic, and on one Saturday night in particular, she put on for her sisters in an epic way. The setting was an episode of Saturday Night Live, where Blondie’s Debbie Harry hosted the February 14 episode of the show’s sixth season. With her own exceptionally talented band, she helped usher in what was to many American households a brand new sound, and towards the end of the musical segment, a female rapper would show mainstream culture what was really good.

In the nearly 15-minute performance, Harry gets down on stage after being introduced by none other than Eddie Murphy. The band is swingin’, soulful, and groovin’ as the “Rapture” singer does her thing, and the set is no doubt awesome to watch, as Harry includes her signature eccentricities like costume and stage antics in the act. However, it’s at the 11:07 mark of the video that Hip-Hop makes its grand entrance, and it looks beautiful. Sha Rock stands out as the only Funky member not wearing a matching outfit, and in today’s era when outrageous makeup, bigger-than-life wigs, and showstopping outfits are the norm, the sublimely understated persona the then-19 year-old MC debuts is a refreshing and endearing sight to see. Salute to a true originator whose contributions are far too often unsung.

The post: Sha Rock Was the First Female MC on National TV. Here’s Her 1981 Performance (Video), was published at: AFH Ambrosia forHeads