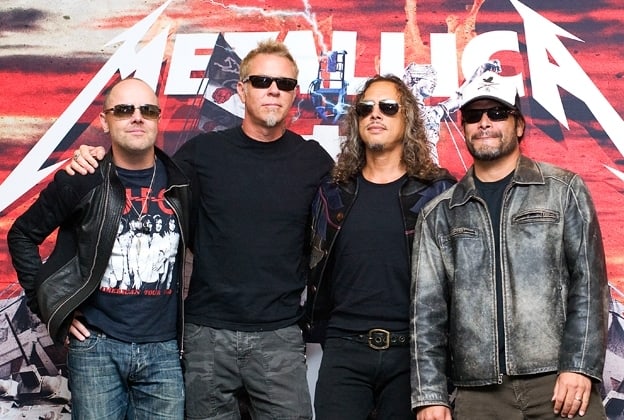 Metallica formed in 1981 when teenagers James Hetfield and Lars Ulrich decided they should write music together, effectively fusing their mutual love of intricate New Wave of British Heavy Metal epics and speedy Motörhead-style ragers in a way that kick-started the thrash-metal genre. In the decades since, they’ve become the biggest heavy-metal band in the world, having sold a reported 100 million records worldwide thanks to hits like “One,” “Enter Sandman” and “The Day That Never Comes.”

Along the way, many myths have circulated about the group, as they’ve settled into a lineup that includes lead guitarist Kirk Hammett, who’d previously played in Exodus, and most recently bassist Robert Trujillo, who’d spent stints in Suicidal Tendencies and Ozzy Osbourne’s group.

To celebrate the legacy of one of metal’s most innovative bands, Rolling Stone has collected five pieces of trivia about the group that show a different side of Metallica than usual. From the fact that their name was misspelled on the first record they ever appeared on – the 1982 compilation Metal Massacre – to just how enormous their impact has been, with the enduring impact of the “Black Album,” here are five little-known things about the group.

The post: 5 Things You Didn’t Know About Metallica, was published at: Rolling Stone