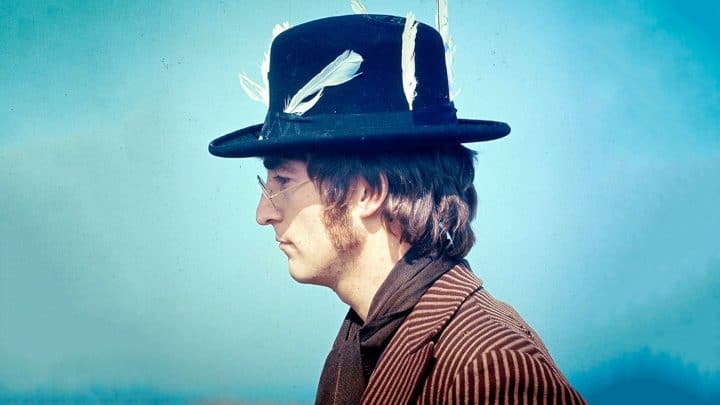 Beatles fans and philatelists alike will be able to view John Lennon‘s childhood stamp collection during the World Stamp Show in New York City, May 28th through June 4th.

According to the Smithsonian National Postal Museum — which first housed Lennon’s stamps in 2005 — the budding musician began collecting stamps after his older cousin, Stanley Parkes, gifted him a partially filled in album. Over the years, Lennon filled the book with stamps taken from letters sent from the United States and New Zealand.

When the National Postal Museum first purchased Lennon’s “lost album,” late curator Wilson Hulme did note to Smithsonian Magazine that the collection did not boast any notable stamps. “Typically, young boys aren’t interested in rarity,” he said. “They tend to concentrate on geography and colors. If they come back to collecting when they have more time and money, that’s when collections become exceptional.”

Still, the album does offer a unique insight into Lennon’s childhood, and perhaps his budding wanderlust and creativity: The book’s title page features a reprinted stamp emblazoned with Queen Victoria and King George VI — on their likenesses, Lennon doodled a mustache and beard, respectively.

Held every 10 years, the World Stamp show will be take place at the Javits Event Center in Manhattan. Admission is free, and doors open May 28th at 10:30 a.m. and close at 6 p.m. ET; from the 29th through June 4th, show hours will be 10 a.m. to 6 p.m. ET. More information is available at the World Stamp Show’s website.