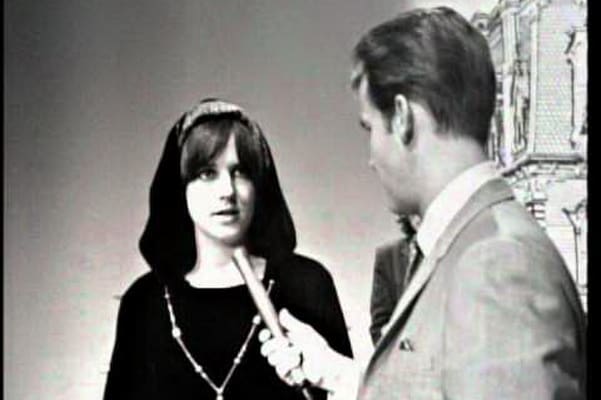 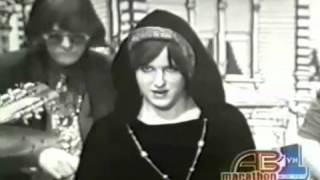 It must have been odd for “America’s Teenager” Dick Clark to watch the almost weekly revolutions in rock and roll as he continued to host American Bandstandthrough the ‘60s. By the time of the above clip, June 1967, Clark had relocated his show from the East Coast to the West, and San Francisco was exporting its first round of hippie rock bands, with Jefferson Airplane one of the biggest.

As you’ll see, Clark, dressed as usual in suit and tie, asks his young audience if they’ve been to San Francisco and what they thought of it. “This is where it’s at, that’s where everything is happening,” he concludes and then gives the stage over to the young and revolutionary band. They mime their way through their two singles–Jack Casady could care less about verisimilitude and makes his way around a guitar covered in cables and poor drummer Spencer Dryden just kind of sits there. But Grace Slick, 28 years old or thereabouts, and looking like some magick princess, calls the followers to the service. Yeah, it’s good stuff.
That leaves Clark with less than two minutes to interview the band. The Summer of Love is about to kick into high gear a couple of hundred miles away.

“Do parents have anything to worry about?” Clark asks Paul Kantner.

“I think so,” he replies. “Their children are doing things that they didn’t do and they don’t understand.”

The post: Dick Clark Introduces Jefferson Airplane & the Sounds of Psychedelic San Francisco to America: Yes Parents, You Should Be Afraid (1967), was published at: Open Culture

No Thoughts on #jeffersonairplane – Dick Clark Introduces Jefferson Airplane & the Sounds of Psychedelic San Francisco to America: Yes Parents, You Should Be Afraid (1967) – @Open Culture
0 (0)