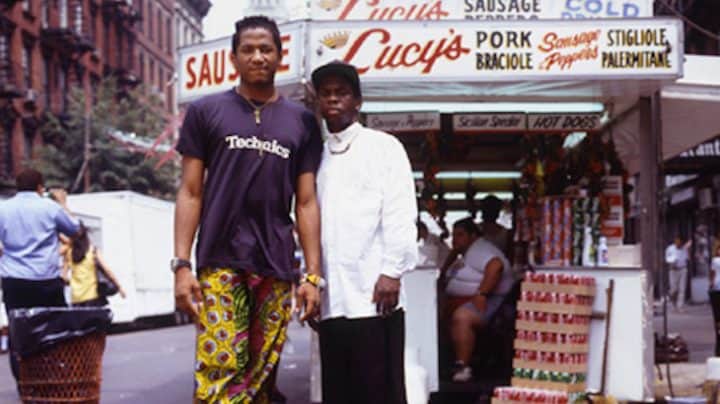 #qtip – In A Past Recording, Q-Tip Shares The Story Of How Phife Convinced Him To Try Rapping (Audio) – @AFH Ambrosia for Heads
0 (0) 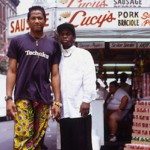 Yesterday, after the confirmation of Phife Dawg’s passing, the remaining members of A Tribe Called Quest released a statement about his life and what he meant to them. While none of them has spoken individually, yet, J. Period has unearthed a touching recording of Q-Tip sharing some of his earliest memories of Phife. In the audio, Tip definitively gives credit to Phife for making him believe he could become a rapper.

In the poignant anecdote, Q-Tip says:

“Phife really introduced me to actually taking it seriously to rap. I’ve known Phife since I was like 4 years old. We went to church and everything. We sang in the harmony choir, all that stuff, and he was always the one like feeding me with different little things, or whatever, but he’s the one who kinda put it in me that I could rhyme ’cause he was always rhyming. When “Rapper’s Delight” was out and he was 9 or 10 years old, the dude was rhyming, like freestyling. Like for real, like just making stuff up. And, he’s gifted. And, I just was always in awe of him. But, after we heard that Slick Rick tape and I sat with it…You know Run and them was poppin’ off from being around our way, he was like ‘Yo, man. We could just do it!’ I can remember we was in this cat name Randall’s car. He had like this Cadillac or sumthin’. Phife was like ‘Yo, man. We can rap, man. Listen to Rick. You know, you been listenin’ to that joint for weeks. That’s your lane.’ Like, basically, in that kind of way he was saying that. So, he pushed me to rhyme.”

O artigo: In A Past Recording, Q-Tip Shares The Story Of How Phife Convinced Him To Try Rapping (Audio), foi publicado em: AFH Ambrosia for Heads

The post: In A Past Recording, Q-Tip Shares The Story Of How Phife Convinced Him To Try Rapping (Audio), was published at: AFH Ambrosia for Heads

No Thoughts on #qtip – In A Past Recording, Q-Tip Shares The Story Of How Phife Convinced Him To Try Rapping (Audio) – @AFH Ambrosia for Heads
0 (0)