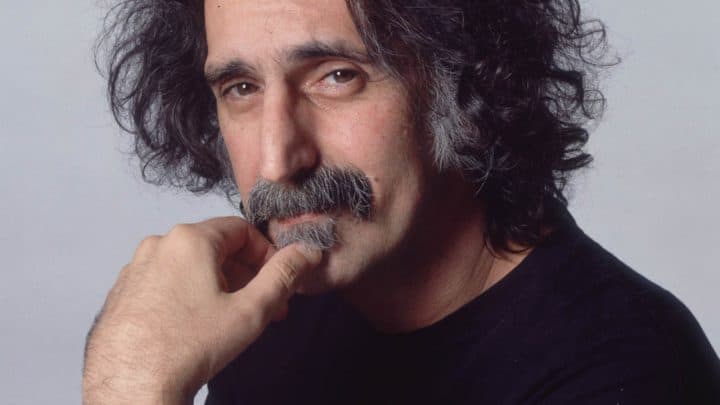 Filmmaker Alex Winter has launched a crowdfunding drive to help make his dreams of a Frank Zappa documentary come true.

Winter, know for his acting roles in films including The Lost Boys and Bill And Ted’s Excellent Adventure, has been given full access to Zappa’s vault of material, which includes lost interviews, travel journals, concert footage, demos, private recordings and unreleased b-sides.

Winter says: “Other docs have tried to tell Frank’s story but we’ve got something no one’s ever had – we’ve got thousands of hours of new stuff to look at.

“Frank kept pretty much everything but no one outside the family has ever had permission to use it – until now. We’re allowed to use everything – but before we can do that, we have to find out what’s here, digitise it and make sure it’s in a form we can use.”

Winter continues: “All these archives are crumbling against time – they’re eroding to dust so this isn’t just our first chance to find out what’s in here – if we don’t move fast it could be our last chance too.”

Winter is offering backers a range of incentives, from Zappa ringtones and wallpapers, through to private recording sessions and – for a $9 million pledge – the keys to Zappa’s entire house.

Zappa died in 1993 while his widow, Gail, passed away aged 70 last October.

The post: Frank Zappa film in funding drive, was published at: Classic Rock