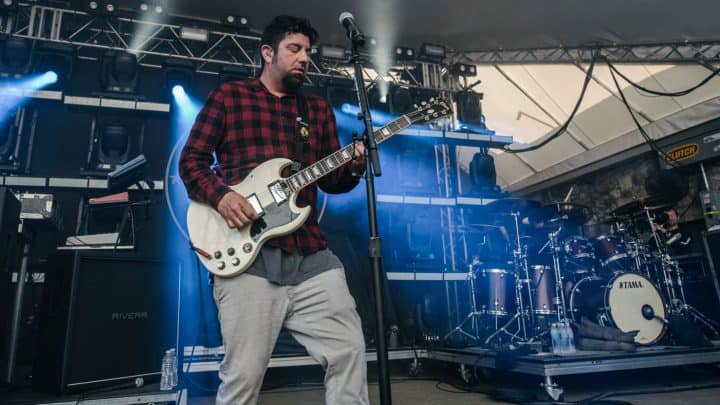 Deftones played SXSW for the first time this year and they made their debut at the Austin festival a memorable one. During the SPIN showcase at Stubbs’ on Friday, the band brought out none other than the Geto Boys’ Bushwick Bill to ease them into the song “Digital Bath.”

The art-metal rockers backed up Bill as he delivered his verse from the Houston rap legends’ “Mind Playing Tricks on Me” before Chino Moreno led the transition back into their classic blistering mode for the White Pony track.

It wasn’t the only surprise Deftones sprung on SXSW. During their Thursday night set, Moreno channeled Drake with a sultry snippet of “Hotline Bling,” a feat he repeated the next day at Stubbs’.

Deftones are set to release their eighth album, Gore, on April 8th via Warner Bros Records. The band will finish out the month of March with a handful of other Texas gigs before kicking off another leg of the tour on May 8th in Concord, North Carolina.