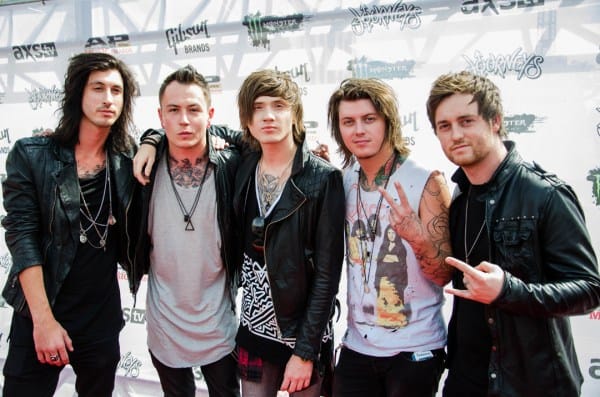 Today is the day! Asking Alexandria‘s The Black album arrives in stores, but for those who might want a little more convincing before picking up the disc, the band is now streaming the disc online for fans as well. You can check out the hard hitting release in full in the player provided above.

For those who’ve been keeping track, Asking Alexandria have already issued a number of songs off the disc in advance of the album. “I Won’t Give In” was the first taste of new music that fans got with new frontman Denis Stoff on vocals. The track became an immediate fan favorite, even being retired to the Cage Match Hall of Fame here at Loudwire.

Since that song came out last year, the group has steadily been dropping new tracks in the lead up to the album release with “Undivided,” “The Black,” “Let It Sleep,” “Here I Am” and “Send Me Home” all receiving previews.

Guitarist Ben Bruce told us earlier this year, “With Denis in the band, he loves Asking Alexandria as much as the rest of us do. We get to now write music that we all love. We were writing this record and there was never any times where it was like, ‘Ah, that’s s–t, but I guess I have to scream over it.’ It was more like, ‘This is awesome and I cannot wait to lay down vocals over this track.’ I think when people listen to this record, they’re going to hear how excited we were when we were writing. They’re going to feel that energy that I think we almost lost along the way there. It sounds like the band we always were supposed to sound like. It’s the record that we were always supposed to write but never had the chance to write.”

When asked about songs fans should look for as favorites live, the guitarist explained, “There’s a song called ‘Let It Sleep’ that I think is the heaviest song we’ve ever written and I’m personally very excited to play that just because I can’t wait to see the energy the crowd gets and gives us back when listening to that song live. Whether it’s jumping up and down, moshing or circle pitting, I think it’s a real high energy song and really excited to be playing that live and then there are songs like ‘Here I Am’ and ‘Send Me Home’ that I think are some of biggest anthems and sing along songs that we’ve ever written. So, again, for similar reasons I can’t wait to play that live because I cannot wait to see the fans response. I can already hear them in my head singing along to every word. That’s probably my favorite part about being in a touring band is when we play ‘I Won’t Give In’ every night, everyone sings every word at the top of their lungs. It’s just the most overwhelming feeling.”

So there you have it. Asking Alexandria’s The Black album is out now. You can pick up the disc, which was voted by Loudwire’s readers as the March Release of the Month, via Amazon or iTunes, and look for the band playing shows with Bullet for My Valentine and Cane Hill on the second North American leg of the “British Invasion” tour, starting April 30 at the Welcome to Rockville festival in Jacksonville, Fla. Dates can be found here. 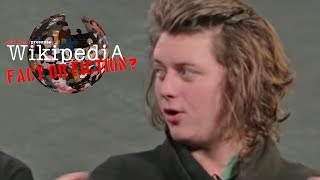 The post: Asking Alexandria Streaming ‘The Black’ Album in Full, was published at: Loudwire

#qtip – In A Past Recording, Q-Tip Shares The Story Of How Phife Convinced Him To Try Rapping (Audio) – @AFH Ambrosia for Heads0 (0)