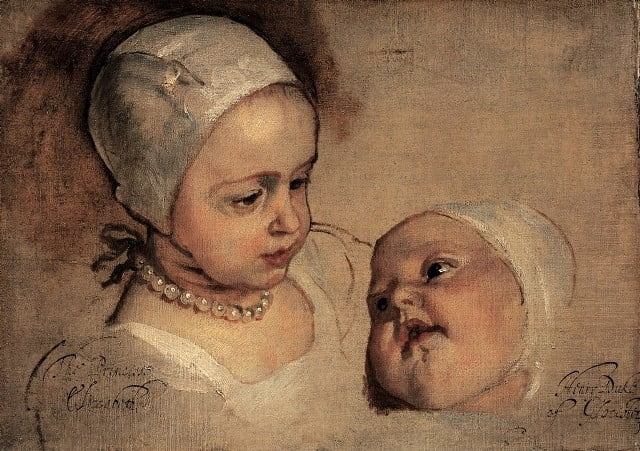 The Frick Collection presents ‘Van Dyck: The Anatomy of Portraiture’, the first major exhibition devoted to Anthony van Dyck to be held in the United States in more than twenty years. March 2 through June 5, 2016.

Source: The Frick Collection
Anthony van Dyck (1599–1641), one of the most celebrated and influential portraitists of all time, enjoyed an international career that t

ook him from his native Flanders to Italy, France, and, ultimately, the court of Charles I in England. Van Dyck’s elegant manner and convincing evocation of a sitter’s inner life—whether real or imagined—made him the favorite portraitist of many of the most powerful and interesting figures of the seventeenth century. His sitters—poets, duchesses, painters, and generals—represent the social and artistic elite of his age, and his achievement in portraiture marked a turning point in the history of European painting.

Through approximately one hundred works, the show explores the versatility and inventiveness of a portrait specialist, the stylistic development of a draftsman and painter, and the efficiency and genius of an artist in action. Organized chronologically around the different geographic chapters of Van Dyck’s career, the exhibition documents the artist’s development from an ambitious young apprentice into the most sought-after portrait painter in Europe. The show also includes a small selection of comparative works by Van Dyck’s contemporaries, including Rubens, Jordaens, and Lely, and a special installation of the “Iconographie”, Van Dyck’s celebrated series of portrait prints. Lenders to the exhibition include the Palazzo Pitti in Florence, the Kunsthistorisches Museum in Vienna, the British Museum and National Gallery in London, the Prado Museum in Madrid, and major private collectors such as the Duke of Devonshire and the Duke of Buccleuch and Queensberry.

“Van Dyck: The Anatomy of Portraiture” was organized for The Frick Collection by Stijn Alsteens, Curator, Department of Drawings and Prints, The Metropolitan Museum of Art, New York, and Adam Eaker, Assistant Curator of Northern Baroque Paintings in the Department of European Paintings, The Metropolitan Museum of Art (and formerly Guest Curator, The Frick Collection.)

The post: Van Dyck: The Anatomy of Portraiture, was published at: The ArtWolf

No Thoughts on #anthonyvandick – Van Dyck: The Anatomy of Portraiture – @ The ArtWolf
0 (0)