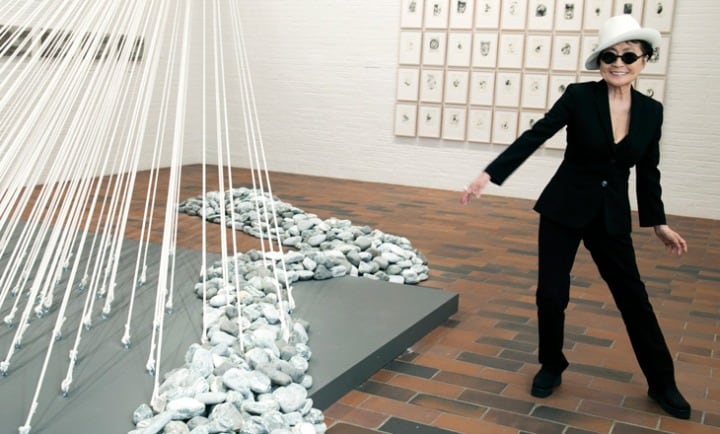 Yoko Ono has been a prominent artist for decades but at age 83 she is again answering a familiar question — No, she says, she didn’t break up The Beatles.

The Japanese-born singer, artist and widow of John Lennon defended her record in entertainment magazine Us Weekly in the form of a listicle-style interview, “25 Things You Don’t Know About Me.”

Number 24 on the list: “I had nothing to do with breaking up The Beatles. And I think Paul (McCartney) is a pretty cool dude.”

The reasons for the 1970 break-up of history’s best-selling band have long been a matter of dispute among fans and historians, with some arguing that Ono’s constant presence in the studio aggravated tensions among the Fab Four.

Lennon and Ono met in 1966 and eventually became constant romantic and artistic companions, famously sleeping together in “bed-ins” to protest the Vietnam War.

Ono said in the interview that she still missed Lennon every day. He was shot dead outside the couple’s New York apartment building in 1980 by Mark David Chapman, who had earlier given a record to Lennon to autograph.

Among other insights in the interview, Ono said that she has not drunk alcohol since the 1950s and that, if she had to be reincarnated as an animal, would choose a sparrow.

Ono last week released a remix album, “Yes, I’m a Witch Too,” that features versions of her songs reworked with other artists.

The post: At 83, Japanese-born singer, artist Yoko Ono says she didn’t break up Beatles, was published at: artdaily.org

#pissaro – Pissarro painting looted by Nazis and owned by the University of Oklahoma to return to France – @artdaily.org
0 (0)