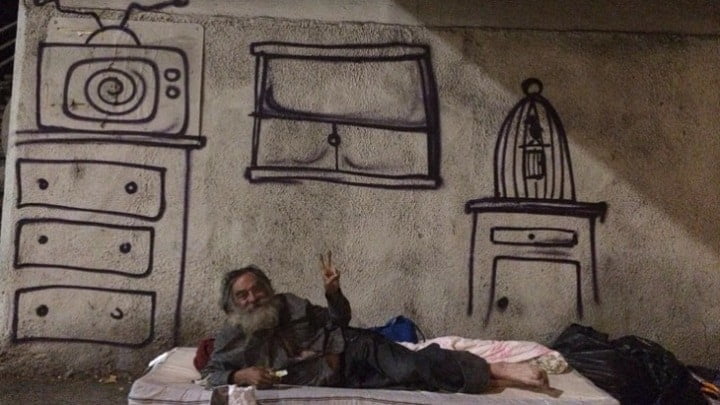 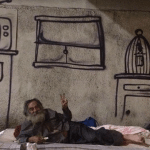 Los Angeles conjures up images of beachfront properties, endless avenues decorated with palm trees, and a year-round climate that is so close to perfect it has become a number-one destination for millions. However, the rich and famous are not the only ones who benefit from the area’s weather. Mild temperatures and hardly any rain make it a haven for the country’s homeless population and the city has been at the center of an ongoing conversation about how to address the issue for decades. As the city’s downtown neighborhood – home to the infamous Skid Row – continues to feel the effects of gentrification and urbanization, it has become acutely obvious that the city is failing to implement effective programs to combat the crime, drug, mental health, and poverty-related issues which so often lead otherwise functioning members of society into a life of homelessness and abandonment. In recently reported analyses of the area’s street-living population, a growth of 12% in just two years has made L.A.’s homeless the largest group of its kind nationwide. While homelessness is a citywide issue, the concentrated pocket of strife seen on Skid Row has often dominated the conversation, and now a street artist is using the area as a canvas for an awareness campaign – and the images are striking. Though sometimes only comprised of a simple sketch of a house, the messages conveyed are very deep.

In a feature for the Guardian, the anonymous Skid Robot is profiled. The artist has been making noise since 2013, when he decided to place Skid Row and L.A.’s homeless population in the crosshairs of his spray cans. His art campaign began with his painting the bridges, overpasses, walls, and other forms of physical infrastructure the homeless use for shelter; after seeing a woman sleeping against a wall, he painted thought bubbles above her head which featured bags of money, as if to represent her dreams of a better life. He soon realized his work was eliciting an emotional conversation, and he opted to continue pursuing his newly found direction. As he tells it, “[my art] became a litmus test to find where people are emotionally, and about how people care about their fellow human beings.” As his personal mission grew, he began to attract like-minded collaborators like activist Elvis Summers, with whom he began to construct “tiny wooden houses on wheels, big enough to sleep two, with a lock on the door.” One such structure was delivered to a homeless man with whom they had grown acquainted, but it was demolished by the police. That has spurred Robot and others to think about pursuing a lawsuit but until then, his powerful street art remains a tool by which the conversation is forced to continue. 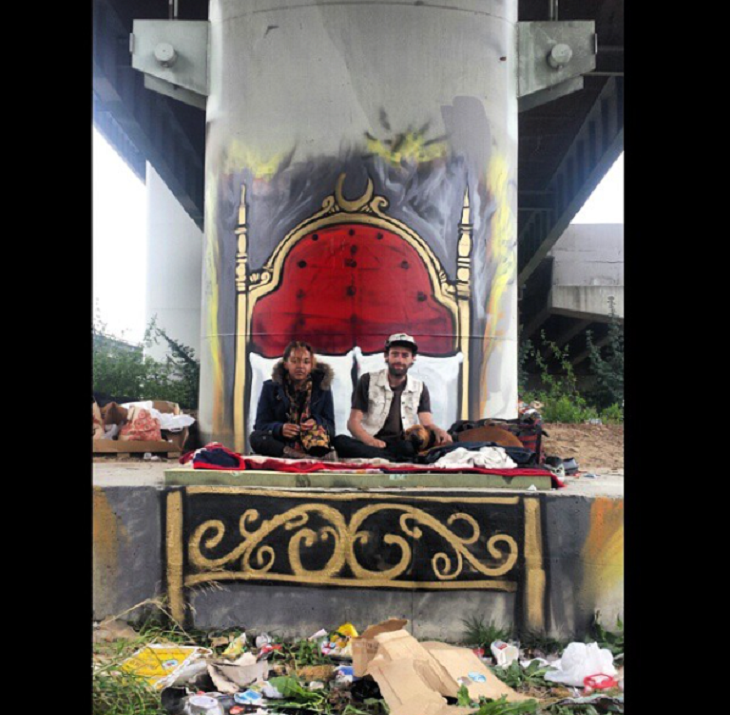 The post: Los Angeles Street Art is Highlighting the City’s Failure to Address Homelessness, was published at: AFH Ambrosia forHeads