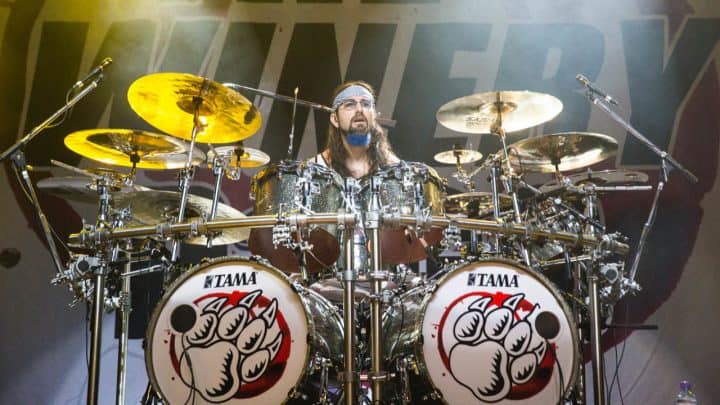 The drummer quit the band in 2010, leading to a public war of words, and an attempt to rejoin, and was eventually replaced by Mike Mangini.

He’s gone on to appear in several projects since the split, including Flying Colors,Metal Allegiance, and his band The Winery Dogs. But he says he’d be open to some sort of reconciliation in the future.

He tells Gigs And Festivals: “ Jordan Rudess and John Petrucci, we’ve stayed in touch. I’ve never closed the door on doing something with them.

“It’s just because I don’t hold grudges, and I like to have an open heart and always cherish the people in my life and in my past. That was 25 years of my life.”

Portnoy says he’ll spend the majority of 2016 with The Winery Dogs, but will also continue with his Twisted Sister touring commitments, Metal Allegiance project and make another record with the Neal Morse Band.

The Winery Dogs are currently on tour supporting latest album Hot Streak, with their next show scheduled for tonight (February 10) in Barcelona.

#africanart – Here Are the Artist and Exhibitor Lists for the 1:54 Contemporary African Art Fair in New York – @ARTnews
0 (0)