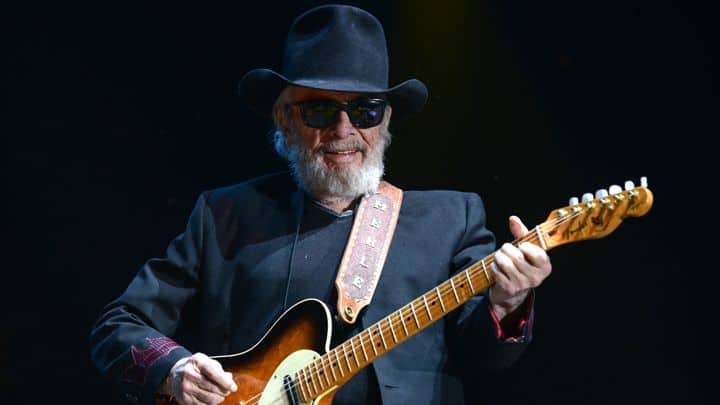 After canceling his February tour dates due to health concerns from double pneumonia, Merle Haggard returned to the spotlight this past weekend at Mandalay Bay in Las Vegas for a show that also included Toby Keith. It was the singer’s first appearance since calling off his February 2nd performance in Riverside, California, just minutes before he was set to take the stage. Initially, that appearance was to mark his return to touring.

Merle Haggard on Health Scare: ‘I’m Lucky to Be Alive’ »

According to the Los Angeles Times, the 78-year-old performer will resume his schedule with three upcoming shows in California. He is slated to be in Santa Rosa on Wednesday, February 10th, and plays in Beverly Hills the following day with Kris Kristofferson. He’s also scheduled to appear in Oakland on Saturday, February 13th.

Earlier this month, after “The Fightin’ Side of Me” singer was unable to perform in Riverside (a make-up date for a postponed December 3rd show), his publicist issued a statement saying Haggard was “still feeling weak from his recent struggle with double pneumonia and has decided to seek further treatment.”

After breathing difficulties made it impossible for him to perform in Palm Desert, California, on December 2nd, Haggard spent 11 days in California’s Eisenhower Medical Center and another facility receiving treatment, with hopes to return to the road “later in the spring,” the statement noted.

Haggard was cautiously optimistic about his recovery after his hospital stay, but was anxious to get back to work, telling Rolling Stone, “I’m still on top of things. I’m doing a lot of writing and I’m just proud to be alive and hope that people realize that.”

Haggard’s updated tour schedule is available at his website.