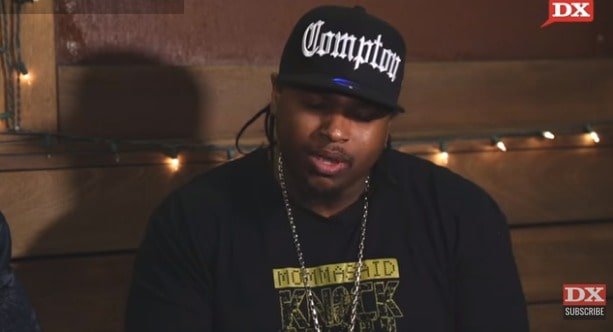 Lil Eazy-E spent a little time in Los Angeles County Jail and fresh upon his release he sits with Steve Lobel in an exclusive interview and recalls the moment he ran into Suge Knight.

“He don’t look too good,”  the Compton, California rapper says. “I did about four or five months while he was going through that. I sat in day rooms and watched it on TV what he did. That little movie scene on a commercial set and was like, ‘Oh, he’s about to come in here.’ When he was visiting we was coming, he was just on high power and with me being in GP, general population, we had to turn around and face against the wall because they’re high security individuals.”

Lil Eazy-E says that he was well-received behind bars and got a lot of love from the inmates because of the respect they hold for his father, the late Eazy-E.

Elsewhere in the interview, the son of the Ruthless Records founder shares his hopes for the record company’s revival since there’s been a new interest in the legacy Eazy-E left behind.

He also gives his reasoning as to why his father chose to name his company Ruthless Records.

“Define him,” the 31-year old rapper says. “His lifestyle at the time. Pops came up tough. Being born and raised in Compton you just have to cut-throat and ruthless. You got to be hard.”

The full interview of Lil Eazy-E discussing with Steve Lobel his run in with Suge Knight is as follows: 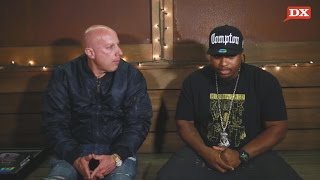 #africanart – Here Are the Artist and Exhibitor Lists for the 1:54 Contemporary African Art Fair in New York – @ARTnews
0 (0)