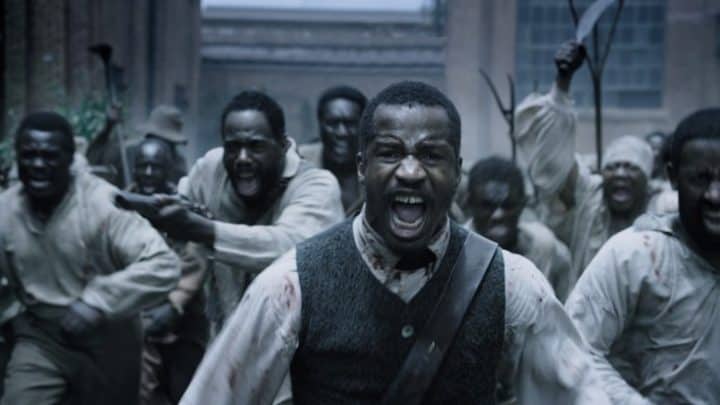 As the Academy Awards inch closer and closer, the discussion about diversity in Hollywood continues to rage on. One of the highest-trending topics on Twitter, #OscarsSoWhite is a reaction to the announcement of Oscar nominees and in particular the fact that no people of color are represented in the top four categories and far too few are nominated in others. On the heels of the blockbuster success of films like 12 Years a Slave and Straight Outta Compton, the notion of films featuring Black casts both behind and in front of the camera as not being worthy of critical acclaim is ludicrous and it seems even more obtuse considering how Black actors fared during the Screen Actors Guild Awards this past weekend. In fact, non-White winners swept many categories, with Queen Latifah, Viola Davis, Uzo Aduba, and Idris Elba each winning awards (Elba won two!). The organization behind the Academy Awards – the Academy of Motion Picture Arts & Sciences – was forced to address the criticism about its lack of diversity by announcing historic changes to the way its board of voting members is constructed, opening up room for a conversation about whether or not board members will vote for non-White candidates simply to avoid being charged with racism. Nevertheless, it’s certainly a progressive step in the right direction, and as this year’s famed Sundance Film Festival wraps up, it seems there will not be a shortage of things to talk about when it comes to the relationship between Hollywood and films about Black Americans.

Many critics argue that Hollywood only appreciates Black films if they portray African Americans as slaves or otherwise disenfranchised characters. 12 Years a Slave – the winner of Best Picture, Best Supporting Actress, and Best Adapted Screenplay at the 86th Academy Awards – is often mentioned within the context of this argument. Straight Outta Compton – arguably one of the biggest films of the year – did not earn a single nomination for any of its Black contributors, but did snag a Best Original Screenplay nod. As a film that both celebrated the important social and cultural contributions of Black Americans and performed exceedingly well at the box office without getting nominated in any of the major categories, there is now room for the ‘only when negatively portrayed’ argument around this year’s Academy Awards, too. However, some recent news emanating out of Sundance has got cinephiles all atwitter about what very well may prove to be a major contender at next year’s ceremony, and it all centers around a film portraying the famous American slave revolt led by Nat Turner.

The Birth of a Nation just won the highly coveted Grand Jury Prize and Audience Awards at Sundance, adding a palpable sense of buzz to a film from a debuting writer-director. Nate Parker’s film tells the story of Nat Turner who in 1831 led his fellow slaves into rebellion in Virginia, a story which will likely re-ignite familiar arguments about how Hollywood reacts positively to seeing Black actors as slaves. There is another side to the story, however, that is more celebratory. Not only has it emerged as the Festival’s biggest hit, but it has also landed the most lucrative distribution deal in Sundance history, all but assuring its wide release in theaters in the coming months. For film buffs, the movie’s title will sound familiar, and its choice will carry with it a ring of poetic irony. Also the title of a seminal 1915 silent film from D.W. Griffith which depicts the story of Civil War America and best known for its depiction of the Ku Klux Klan and the extensive use of blackface, the Nat Turner-focused picture is saying something powerful before it even hits the national audience. As Variety’s Justin Chang eloquently puts it, “the movie occupies that rare space where our ongoing conversation about racial injustice converges with the film industry’s slow-dawning awareness of the lack of diversity in its ranks.”

With the Academy’s newly expressed focus on diversity within its own ranks and The Birth of a Nation poised to become one of the most talked about films likely up for nomination at next year’s ceremony, in many ways it seems there is a perfect storm abrewin’ for a cultural shift in Hollywood. The question is will it last long enough to be more inclusive of contributions by Asian, Latino, indigenous, and all of the other races in between involved in film making?

No Thoughts on #hollywood – A Film About a Slave Revolt is Breaking Records. Has Hollywood Really Changed? – @AFH Ambrosia forHeads
0 (0)