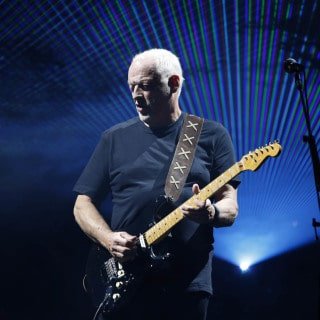 The performance is scheduled for April 24 and is part of a run of events by various artists for the charity, which also includes Bring Me The Horizon, New Order, The Vaccines, Simply Red and comedian John Bishop. The 2016 series of gigs has been curated by the Who’s Roger Daltrey.

He says: “I’m very happy to be announcing such a varied lineup. The money raised is invaluable to this charity, which receives no government funding in England, to help young people with cancer in the NHS.”

Tickets for Gilmour’s show go on sale from 9am GMT on February 19 (Friday) from the Teenage Cancer Trust website.

The former Pink Floyd man performed five shows at the venue last year, and hasfour more scheduled for September as part of his Rattle That Lock tour.