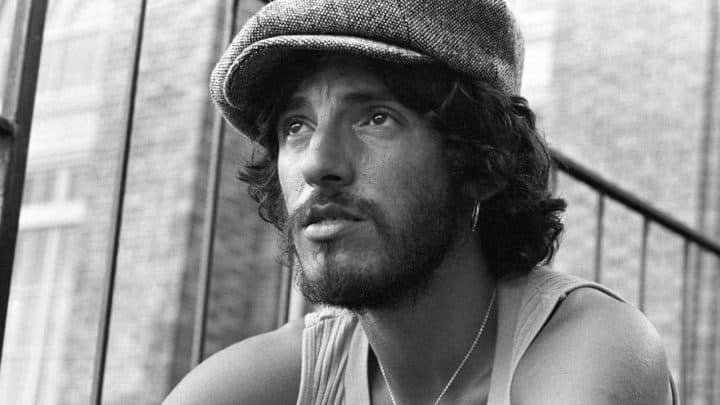 Autobiography will be released on September 27

Born to Run is issued on September 27 via publishers Simon & Schuster and has been in the works for seven years.

The Boss says: “Writing about yourself is a funny business. But in a project like this, the writer has made one promise, to show the reader his mind. In these pages, I’ve tried to do this.”

The release will come just days after Springsteen’s 67th birthday and Simon & Schuster say it’s “the book we’ve been hoping for.” They add: “Readers will see their own lives in Bruce Springsteen’s extraordinary story, just as we recognise ourselves in his songs.”

Born To Run, named after his 1975 album, sees the rock icon describe growing up in Freehold, New Jersey, and recounts his relentless drive to become a musician, his early days as a bar band king in Asbury Park, and the rise of the E Street Band.

Simon & Schuster’s UK CEO Ian Chapman says: “If you were to ask any publisher to name a cultural figure whose autobiography would provoke the greatest enthusiasm, Bruce Springsteen’s name would be on every list.

“Beyond being one of the most admired individuals in the world, he is a captivating storyteller with a unique way of expressing himself.”

Last year, Springsteen revealed he was working on a solo album that he originally intended to tour on his own, but later decided to involve the E Street Band too.

He’s currently on a North American tour to celebrate the launch of The Ties That Bind: The River Collection. He’s playing the 1980 double album in its entirety on the dates.