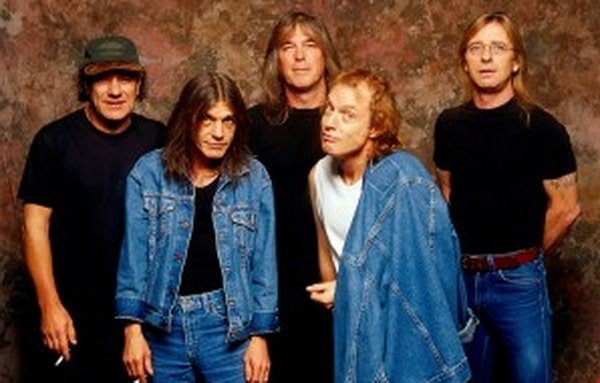 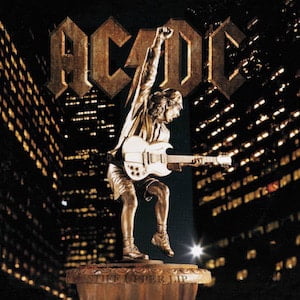 Before AC/DC started working on the follow-up to their 12th U.S. album Ballbreaker, the band members agreed they didn’t want to return to the meticulous, demanding work ethic of the Rick Rubin-produced disc. Not that there was anything wrong with the songs on Ballbreaker per se, but in the studio Rubin was a perfectionist, and asked the band to do as many as 50 takes of some of the songs, a move that left the Australian legends frustrated and exhausted.

So for album No. 13, Stiff Upper Lip, which came out Feb. 28, 2000, AC/DC decided to get back to their down and dirty roots, writing and recording quickly to recapture the bluesy, blustery and immediate vibe of their first few albums. “We really wanted to write a basic hard rock and roll album that had a toe tapping kind of swing to it,” guitarist Angus Young told me shortly before the album was released. “I really think less is best when you make a record. As more technology comes into the recording process there’s always that temptation to dabble, and that’s what we ended up doing with Ballbreaker.”

“I’ve always looked at that as a quick fix,” he continued. “Instead of going in and getting your mikes set up and getting a great drum sound, then playing, these guys go, ‘Oh, you have to have ‘X’ effects gadget number 52. We’ve got the Austrian Alp drum sound here.’ Even the names of some of these gadgets are hilarious. The one that I’ve always remembered is the old Big Bottom Exciter. And somebody told me the guy actually came up with the name as a joke after a heavy night of drinking. And he panicked when he came out of his hangover and went running up the road yelling, ‘No, I didn’t mean it!’ So, I’ve always viewed a lot of gadgetry and toys and stuff as something that can be a distraction and not help you at all. You’ve really got to try to work with the environment you’re in and make the best thing you can without all the bells and whistles.”

To help recapture the no-frills rock and roll foundation they started with, AC/DC hired producer George Young — brother of Angus and rhythm guitarist Malcolm, multi-instrumentalist for Australian band the Easybeats and co-producer of AC/DC’s first four international releases – to work with them on the album. Not only did was Young able to tap back into the recording style he weaned the band on, he was able to generate a new enthusiasm in the studio.

“From the very early years, George was instrumental in helping us find out sound,” Angus Young said. “When Malcolm and myself were kids George showed us what we could do in the studio. He showed us a lot of the basic stuff, and he was always great — helping with the songs and explaining everything. When you’re a young kid, you don’t know the difference between a verse and a chorus, let alone a drum break or a middle eight. He helped with a lot of that stuff. But he also gave us that room to be who we wanted to be — not a hit producer’s idea of what he thought we should be. It just made sense to work with him again because he’s literally family and he knows us better than anyone and that made the whole process really fun.”

It actually wasn’t until 1979, six years after their formation, that AC/DC worked with a producer besides Young — Mutt Lange — on 1979’s Highway to Hell. They remained with Lange until 1983’s Flick of the Switch, which they self-produced. All of the Youngs enjoyed the reunion for Stiff Upper Lip, and Angus said it was George Young, himself, who suggested AC/DC start, errr, seeing other people.

“He thought it would be really good for us to see how different producers work,” Young explained, “‘Look, it’s good experience. There are a lot of people out there who know rock and roll, and have different ways of doing it.’ But he always kept a hand in it. Whenever we were writing he would always say, ‘What’d’ya got? What are you up to?’”

AC/DC started writing Stiff Upper Lip in March 1998 and spent 18 months coming up with the songs. Ironically, the band put in extra time because some of the material they worked on sounded too calculated or a bit too lightweight. They wanted to make sure that everything on the album sounded hard-hitting and impulsive.

“A lot of clean, soft things were becoming popular while we were writing so we went for something dirty and sleazy,” Young said. “We just felt like the world was getting a bit sterile of late, so let’s give them a good ol’ wham, bam, rock and roll album. That’s what we concentrated on. In our case, we’ve deliberately done things just to go against the grain.”

AC/DC recorded Stiff Upper Lip in Vancouver at Bryan Adams’ Warehouse Studio. The band entered in September 1999 with 18 songs and emerged three months later, having tracked 13, including the non-CD track “Cyberspace.” The main objective during the sessions was to maintain a strong and primitive energy. “It’s basically bare bones stuff and it’s cooking,” Young said. “If a guitar solo came winging out of somewhere and it smokes, it adds to the atmosphere. We didn’t overthink anything. We got into each track with , ‘One, two, three, four!’ And off you go!”

“One of the most exciting things to see is Angus doing a lead,” vocalist Brian Johnson added. “And it’s not in the way you’d think. Angus had one of those wheelie office chairs in the studio, and the floor was beautiful, shiny wood. Angus would be playing, and he’d get excited as we all did when we did our bits. The f—ing chair wouldn’t stand still! He was playing, and the thing would fly down the hallway. It’s an experience to see that, I gotta tell you. And it was great to watch George when he would hear the magic take George is very quiet, and usually he just sits there. But boy, when he hears the right thing, he’s up on his feet. shouting… That’s rock and roll right there!”

Upon its release, Stiff Upper Lip debuted at No. 7 on the Billboard album charts, selling 130,000 copies in its first week. Bolstered by the singles “Stiff Upper Lip” and “Safe in New York City,” over the next year, the album went platinum. That was also thanks in part to a rigorous touring schedule, which considered of more than 130 shows in just 12 months. The frantic pace took its toll; it would be another eight years before AC/DC released their 14th international album Black Ice, which came out in 2008 and put the band right back at the top of the hard rock hierarchy.

The post: 16 Years Ago: AC/DC Bring Back the Grit on ‘Stiff Upper Lip’, was published at: Loudwire

#joanmiro – Exhibition at the Schirn Kunsthalle covers over half a century of Joan Miró’s oeuvre – @artdaily.org
0 (0)