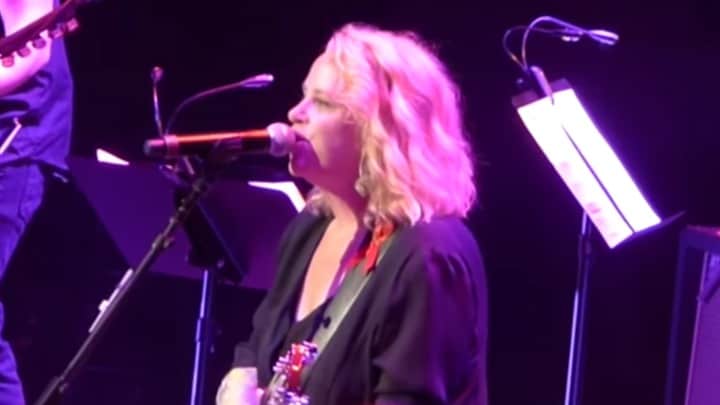 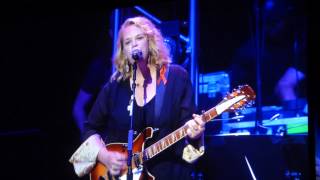 As one of the most successful newcomers of the late Eighties and early Nineties, Mary Chapin Carpenter had both commercial and critical success, earning the first of her five Grammy awards in 1992 for the Cajun-flavored dance hit “Down at the Twist and Shout.” Later in the year, Carpenter would win the first of two consecutive CMA trophies for Female Vocalist of the Year. She would also set a Grammy record by winning in the category of Best Female Country Vocal Performance four years in a row (and tying her with Emmylou Harris, whose four wins were non-consecutive).

In June 1992, Carpenter released her fourth album Come On Come On, which took seven singles to the country charts. The first, “I Feel Lucky,” penned by Carpenter with Don “The Gambler” Schlitz, hit the Top Five and was followed over the next two years by the Joe Diffie duet “Not Too Much to Ask,” “Passionate Kisses,” “The Bug” and “The Hard Way.”

Early in 1994 the Carpenter/Schlitz collaboration “He Thinks He’ll Keep Her” was issued as the sixth single from the LP. The song’s creation was inspired by the tagline of a TV ad from the Seventies for Geritol, a liquid cure for “iron-poor blood.” In the commercial, a man rather condescendingly says of his other half, “My wife, I think I’ll keep her.” It may have been a strong statement from a woman in country music, but the song — while giving its lead character the strength to walk away from an unhappy marriage — paints anything but a rosy picture of the woman’s life once she’s on her own. Yet in Kris Kristofferson’s words, “freedom’s just another word for nothin’ left to lose,” and Carpenter’s success with this song in particular certainly paved the way for country’s women in the next decade as they asserted their independence and comfortably shared chart space with Garth Brooks, Tim McGraw and other male acts.

When the CBS special Women of Country was recorded in 1993, “He Thinks He’ll Keep Her” — which had yet to be released as a single — served as its unofficial anthem and Carpenter performed the tune onstage with Suzy Bogguss, Emmylou Harris, Patty Loveless, Kathy Mattea, Pam Tillis and Trisha Yearwood. By December the song was on the charts, eventually earning a Number One spot on the Radio & Records chart but peaking at Number Two on the Billboard chart. The special would be telecast early in 1994, and the performance would serve as the song’s music video. When Grammy nominations were revealed on January 5th, 1995, Carpenter earned one in the multi-genre Record of the Year category for the song, as well a Country Album of the Year nomination (and win) for Stones in the Road (which followed Come On Come On). “He Thinks He’ll Keep Her” lost the Grammy to Sheryl Crow’s “All I Wanna Do,” but Carpenter did win a pair of trophies that night, adding to her tally for Best Female Country Vocal Performance for “Shut Up and Kiss Me.”

In May 2014, at the annual All 4 the Hall benefit concert for the Country Music Hall of Fame and Museum at Nashville’s Bridgestone Arena, Carpenter performed the song with the show’s hosts, Vince Gill and Keith Urban. The singer was introduced by Gill as “one of my favorite songwriters who has made some of the best records ever,” and she prefaces her performance by saying that “He Thinks He’ll Keep Her” is “a song about never settling.”

Carpenter continues her penchant for never settling — her 2014 LP Songs From the Movie was an orchestral album reinterpreting 10 of her songs from previous releases.