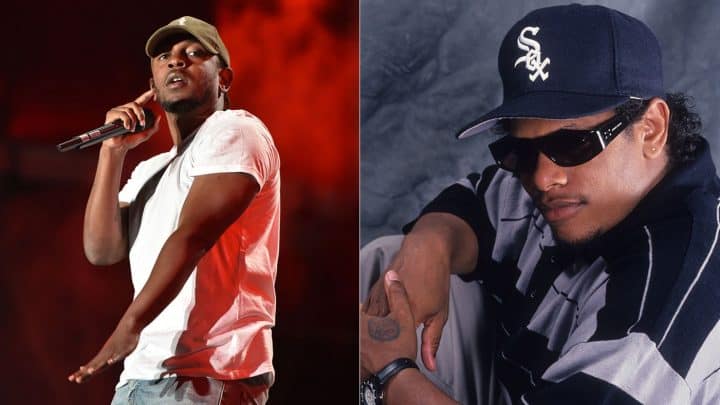 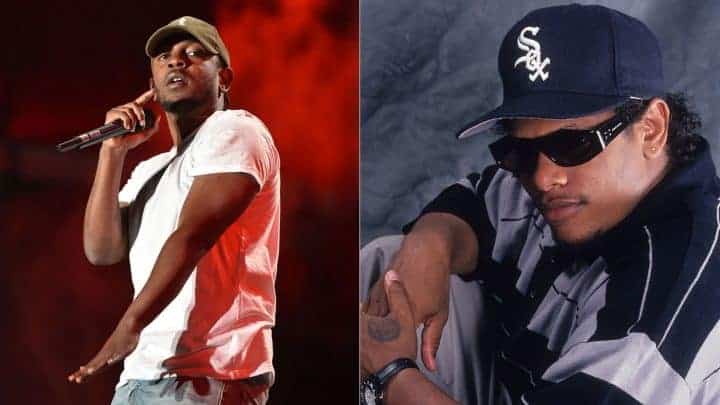 “He’s not only the birth of gangsta rap, but he’s the birth of a whole legacy of being able to say what you want to say on a record and not being in fear of what others may think,” rapper says of late N.W.A MC

Kendrick Lamar praised the fearlessness of N.W.A’s Eazy-E and the new kind of truth-telling he brought to hip-hop in a tribute that kicks off Paper magazine’s three-part series celebrating late rap greats in their October “Nowstalgia” issue.

“People were scared to talk about these kinds of tough situations, but because [Eazy] and the group took it upon themselves to talk about [these things], every artist is able to and they owe it to him,” Kendrick said. “He’s not only the birth of gangsta rap, but he’s the birth of a whole legacy of being able to say what you want to say on a record and not being in fear of what others may think and not offending your own art and your own reflection.”

Lamar opened by remembering his first encounter with Eazy — busting out of jail and through his TV screen in the video for “We Want Eazy,” off his 1988 solo debut Eazy-Duz-It. Only five or six at the time, Lamar had no idea the MC also called Compton home, but he heard N.W.A everywhere and as he grew older, he began to recognize the record’s vivid imagery playing out in his neighborhood.

“Looking at them and sitting inside my community, it left a big toll on me because it always let me know that no matter how far I go, I gotta stay in reach of the people and what’s going on in the neighborhood, whether it’s a harsh reality or not,” Lamar said. “Before them, rap was fun — you had your battles and whatnot, but this time around, when it came to what Eazy wanted to do, being a visionary, he had the idea of speaking the honest truth, and I think it really resonated with a lot of people because it was the shock value of, ‘Okay, these guys are really standing out and focused on telling their reality, no matter how pissed off you get by it.'”

But Lamar noted he wasn’t fully able to grasp the power of spreading such a message on a global scale until he toured behind good kid, m.A.A.d. city and encountered fans rapping with him about the trials and tribulations of his community. That experience made him want to continue making music, but it also reinforced the importance staying connected to home.

“Somebody told me this early on: ‘You’re nothing without your own backyard,'” Lamar said, adding later, “You can go all the way across the world 10 times but when you come back to your city and see the pride and joy in these kids’ faces, it’s the ultimate feeling. I think that’s exactly what they were thinking and it’s exactly how I think today. I wouldn’t be here today if it wasn’t for Eazy and I wouldn’t be able to say the things that I say, talk about my community the way I talk about it, for good or for bad.”

Lamar’s tribute to Eazy-E will be followed by two more remembrances set to arrive soon: Eminem on Tupac and Swizz Beatz on the Notorious B.I.G.