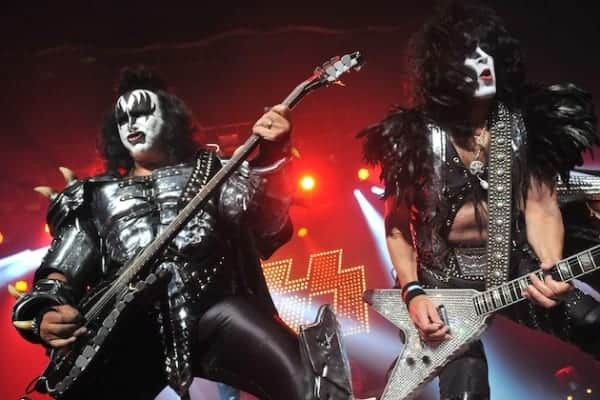 KISS have earned a lot of accolades in their long career, ranging from Grammy nominations to a People’s Choice Award to last year’s induction into the Rock and Roll Hall of Fame. The band has also recently earned another honor for album sales.

The Recording Industry Association of America (RIAA), who are the organization that certify and award gold and platinum records, have announced KISS have earned more gold album record awards than any American band in the history of the certifications.

Over the past 41 years, KISS have earned 30 gold albums, including the four solo albums that were released simultaneously in 1978. The band has 14 platinum albums, with three going multi-platinum.

KISS celebrated their 40th anniversary last year, and released the appropriately titled compilation album Kiss 40 in May of 2014. The band’s last studio album was 2012′s Monster, and Gene Simmons recently addressed the possibility of doing another record.

“Paul may think there’s not going to be another record; I suspect there will be,” Simmons says. “We never force the issue. There is no one to answer to except our own gut. I recently wrote a song called ‘Your Wish is My Command’ and it feels like KISS. It came out pretty easy. When there’s enough material, we’ll look at each other and say, ‘You wanna?’”
Fonte: Loudwire